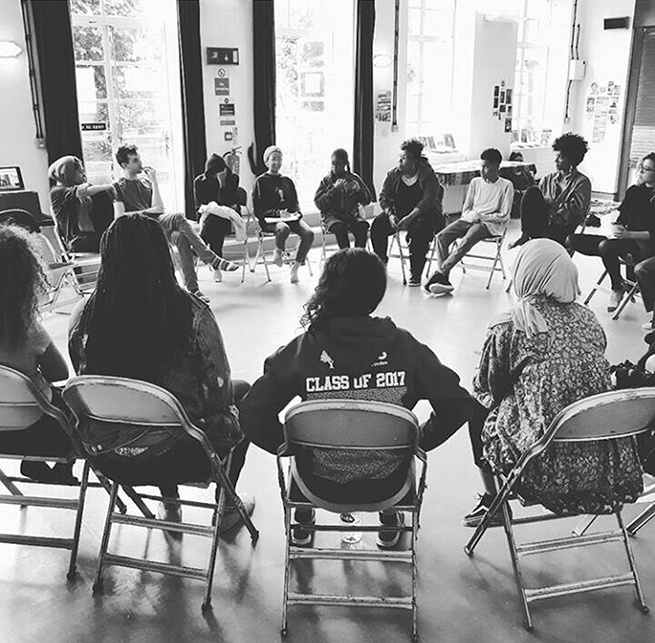 Gentrification: Where Are We Now?

This event has been relocated to a new space off-site and is now taking place at:

State violence is present in all parts of our daily lives, from racist policing, poverty, Islamophobia, knife crime and knife-related deaths, to war, terror and 'counter-terror'. This programme of short films and debate explores how we can heal, be safe and support ourselves in these violent times.

Following the success of Voices That Shake's first film, Healing The Cuts: Community Repairing thru Sharing, join us for the premier of Surviving the State, a short film examining the relationship between gentrification, youth deaths, knife crime, incidents of police brutality, and how these impact on mental health.

Surviving The State is followed by a screening of Failed By The State: The Struggle in the Shadow of Grenfell, an exclusive grassroots report into how austerity and gentrification contributed to the Grenfell Tower tragedy, one of the deadliest fires in recent UK history.

The screenings are followed by an open conversation with the young filmmakers of Surviving The State and producers of Failed By The State, delving into some of the unheard narratives that are inherent within every regeneration project. How can we break patterns of violence on and within our communities and unite against the rise of acid attacks, knife-related deaths, and Islamophobic and racist attacks in London? How might we use the genius of our communities to resist and reimagine a world for and led by us?

Surviving The State by Voices that SHAKE! comes out of a collaborative filming and editing process by young people from different areas in London. This short film documents a journey of exploration and healing from the current states of violence.

Failed By The State: The Struggle in the Shadow of Grenfell (Part 1) by Ish and Daniel Renwick is a grassroots report on the Grenfell Tower fire, examining how the victims responded to repeated state failings during and after the fire. Failed By The State is a Redfish Production.

We reimagine how to heal outside the hurt. We invite you to create and repair with us.

Voices that SHAKE! is a project that brings together young people, artists and campaigners to develop creative responses to social injustices. It was initiated by Platform in 2010.

Ish was a resident of Grenfell Tower who reported, co-wrote and co-produced Failed By The State with Daniel Renwick.