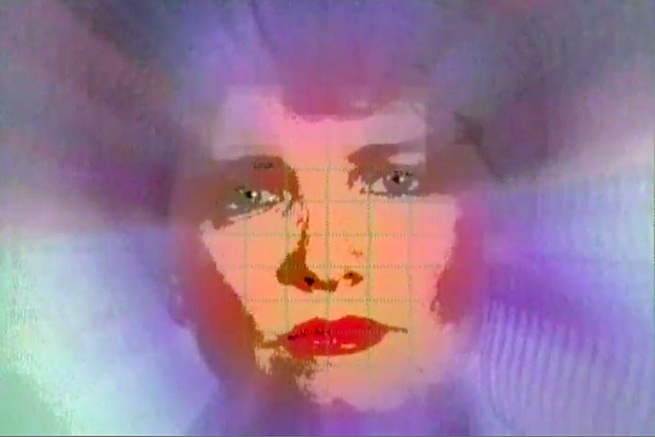 This Friday Salon aims to investigate feminist media art practices through documentation of pre-internet, early net art and media art, examining the ways in which new media, technology and mass digital culture interact with the human body and its expressions, or constructions, of identity.

Based on the Kathy Rae Huffman media art library, a book collection that was recently donated to Goldsmiths Library, this open discussion will be accompanied by a display of rare media art catalogues and monographs that bring together contemporary pioneering feminist media art practices from the late 80s to the present. The conversation will be followed by a screening of Max Almy's Leaving the 20th Century (1982, 11 mins).

Kathy Rae Huffman will be in conversation with Diana McCarty.

Kathy Rae Huffman is a curator, writer and networker working internationally, based in Berlin and Southern California, with a special focus on issues concerning the history and development of media art including women’s Internet art and environments. She has been active in the field of media art since the early 1980s. As chief curator of the Long Beach Museum of Art in California from 1979-1984, she established LBMA Video, a multimedia workshop and broadcast quality post-production facility for artists. Among other positions, she was curator/producer of the Contemporary Art Television (CAT) Fund, a partnership between the ICA Boston and the WBGH New Television Workshop, Visual Arts Director at the Cornerhouse Contemporary Art Center (Manchester), Associate Professor of Electronic Arts at the Polytechnic Institute Troy, New York.

Diana McCarty is a media producer based in Berlin who has worked with interdisciplinary projects since 1988, addressing gender, art and politics of media. Her work with emergent media has led to influential initiatives such as Nettime, early hack labs and social software projects. She is the co-founder of Reboot.fm, Radia.fm, Prologue: [New Europe, New Feminism] and Faces, a network for women artists, designers and programmers. McCarty’s projects have been featured in international media such as The Wire, Style, Liberation, the French and German television culture program, Arte and National German Radio, as well as other media across Africa, Asia, Europe and the Americas.

In collaboration with Goldsmiths Library.

This event has been curated by Student Forum member Dimitra Gkitsa.