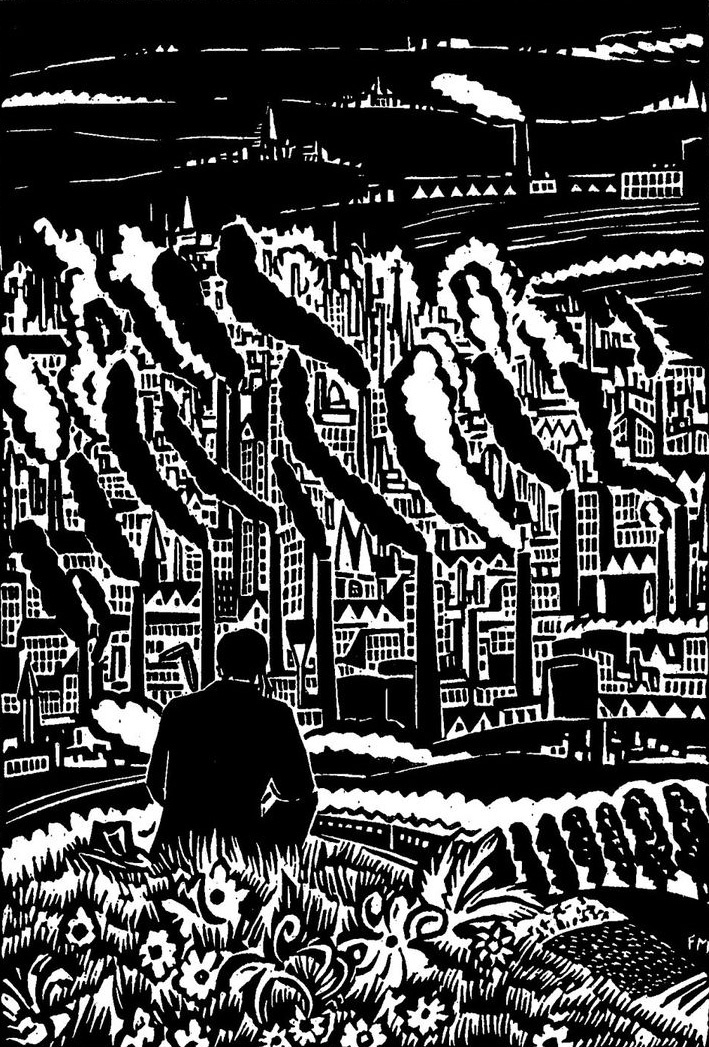 Entry with Day Membership
Preview: 5 May 2017

Presented in the ICA Upper Gallery is Frans Masereel’s early 20th century ‘wordless novel’ The City. On display are 50 individual woodblock prints from the original edition published in 1925. Alongside this, a second edition (1987) of The City is openly displayed, allowing audiences to read the publication in its entirity.

Universally acknowledged as a precursor to the contemporary graphic novel, The City details the daily encounters of multiple individuals within an anonymous metropolis – observations that are born from Masareel’s experiences whilst living in Berlin, Geneva and Paris. These evocative monochromatic illustrations provide a definitive record of the banalities of everyday life, depicting the social hierarchy, objectification of women, bureaucracy, rituals and practices that defined urban life in the early 1920s and that are arguably still evident today.

Frans Masereel (1889-1972) was an influential Belgian graphic and expressionist artist whose work was primarily motivated by the historical and social events of the early 20th century, including the First and Second World Wars. At the beginning of his career he established an international reputation as a political cartoonist, publishing his prints and drawings in various magazines and newspapers in France, Switzerland and Belgium, including a monthly journal on pacifism entitled Les Tablettes (1916–19) and the daily newspaper La Feuille (1917–20).

With special thanks to the Frans Masereel Foundation and the University of Reading Typography & Graphic Communication Department.