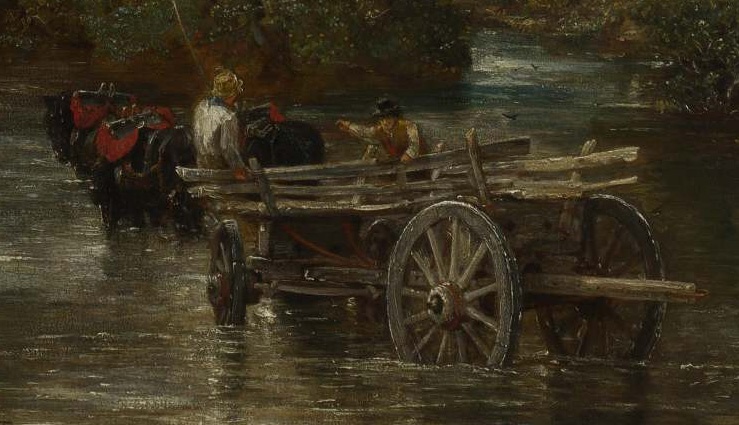 Stuart Middleton’s exhibition will feature a new video and a site-specific installation developed in response to the architecture of the Lower Gallery. This will involve the removal of existing walls and suspended ceiling in addition to the construction of a wooden platform made from reclaimed domestic floorboards. The structure references the buildings used in modern industrial agriculture to house livestock, upcycled interior design projects and historical site-specific artworks. The scale of the installation foregrounds a critical position on the concept of 'landscape' as a product of human design composed from conflicting ideological positions.

Situated in the Upper Gallery is a new stop-frame animation commissioned by the ICA. The video shows an undernourished dog moving around in a brightly lit cell that recalls the white-washed austerity of vivisection laboratories, euthanasia clinics and art galleries.

Stuart Middleton (b. 1987, Crewe, UK) graduated from Camberwell College of Art, London in 2009 and from Städelschule, Frankfurt am Main in 2016, and currently lives and works in Glasgow. He reflects upon bodies as spaces in which internalised fantasies and public expectations come together, examining how fictional narratives enter popular culture as tools used to underpin social divisions. Middleton is interested in the coercive nature of metaphors, asking under what conditions they originate and what roles they play in the entrenchment of identities. His work often returns to environments such as agriculture, prison and management hierachies to explore situations where emotion, capital, technology, gender, power and cruelty are inextricably interwoven into toxic structures. He employs drawing, painting, sculpture, text and animation to echo conditions where the normalisation of extreme violence, institutional senselessness, ignorance and paranoid aggression is commonplace.