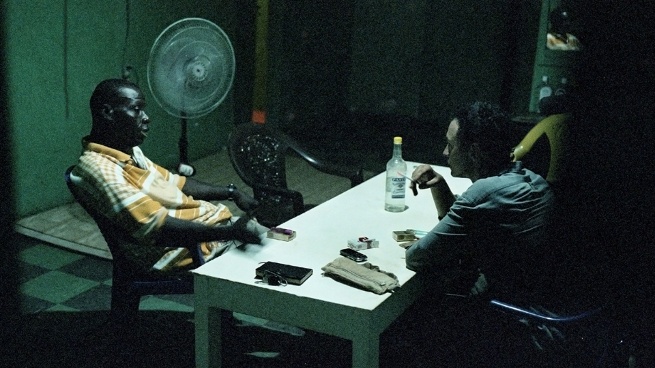 There is a Q&A with Carlo Gabriele Tribbioli and Federico Lodoli, chaired by Jean-Paul Martinon, following the screening.

A terrifying and hypnotic glimpse into the face of war. Fragment 53 is a feature-length documentary film on armed conflict, considered as necessary and universal. Through a series of first-person accounts, warfare is presented as an ineluctable human expression of destructive forces that are simultaneously, universal and individual, real and archetypical. Through the sparse and restless use of a handheld camera, the film maintains a continuous tension between these fighters’ accounts, their faces and bodies, and the eye of the camera. The site is Liberia, a country of peculiar, radical and unsettled conflicts, presenting sceneries, personalities and events ascribable to the essential warfare that the authors aim to evoke.

Jean-Paul Martinon is Reader in Visual Cultures and Philosophy at Goldsmiths College, University of London. He is the author of After "Rwanda," a monograph exploring the concept of peace after the Rwandan genocide (Rodopi, 2013). He is also the editor of The Curatorial: A Philosophy of Curating (Bloomsbury, 2014).

Join the conversation on social media with the hashtag #FoR16. Visit the Frames of Representation website.

Take a look at the FoR programme booklet online [PDF]