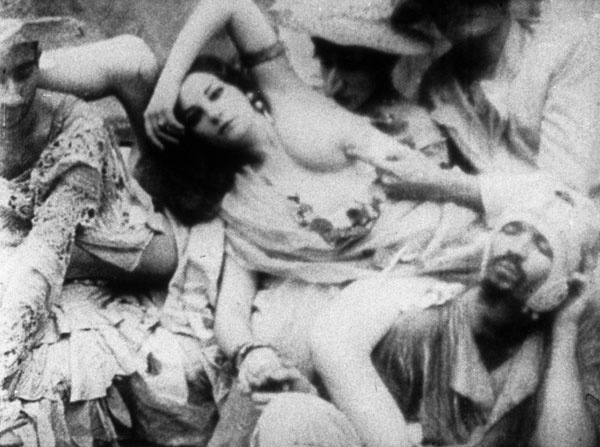 Nothing short of notorious, Flaming Creatures marked a significant moment in the history of postwar American film and culture. The film was banned and seized, caused cinemas to be shut down, and was the subject of an obscenity case that reached the US Supreme Court.

And yet Flaming Creatures was, according to Jack Smith, ultimately meant to be a comedy. On a rooftop above one of New York’s oldest extant (now demolished) movie houses, characters disrupt gender and sexual norms as they act out carnal fantasies on a set resembling an Arabian harem.