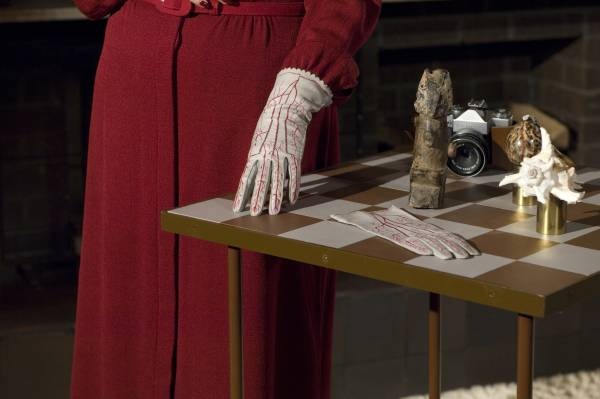 Fetish & Figure brings together six films and videos by artists and filmmakers that address both the fetishisation of objects and the exclusive relation between the representation of objects and the body. Exploring the theme of tableau vivant, this programme challenges the presence of the human body that disintegrates, allowing objects to come to life on screen as the camera captures them.

Martha Kirszenbaum is an independent curator and writer based in Paris. She graduated from IEP Sciences-Po in Paris and Columbia University in New York. After a long-term internship at the Department of Media and Performance Art at Museum of Modern Art in New York, she assisted the chief curator of Photography at Centre Georges Pompidou in Paris. From 2008 to 2010, she worked as a research assistant at the New Museum (New York), notably on the exhibitions The Generational: Younger Than Jesus and Brion Gysin: The Dreamachine.

As an independent curator, Kirszenbaum has organised exhibitions in New York City and Paris. She curated a video programme for the 2011 College Arts Association in New York, and was invited to propose a special project for the 2011 European Culture Congress in Wrocław (Poland) and, recently, for the 2012 Marrakech Biennale. She completed a curatorial residency at the Center for Contemporary Art in Warsaw (Poland) in the fall of 2010, and is currently the guest curator of contemporary art at the Belvedere Museum / 21er Haus in Vienna (Austria). She regularly contributes for Kaleidoscope, L’Officiel, and Voxpop, and has recently led two seminars on curatorial practices at Université Paris VIII and Parsons Paris.