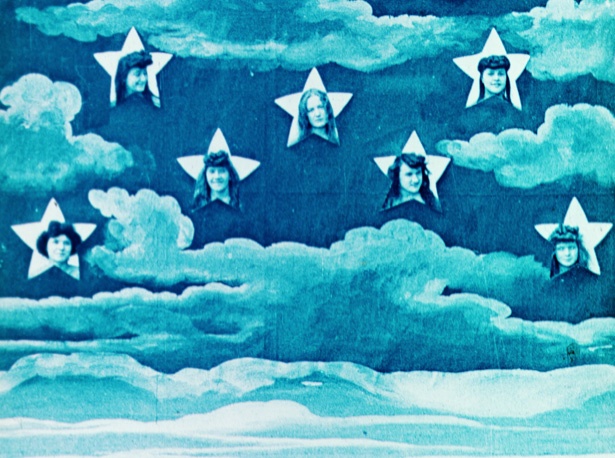 The screening is a UK premiere, and is followed by a conversation between filmmaker Johann Lurf and critic and curator Olaf Möller

Viennese filmmaker Johann Lurf has built a considerable reputation internationally, thanks to a succession of striking shorts in a structuralist vein that investigate film and space often through found-footage moving image. His first feature-length work ★ is a scintillating, monumental development of this tendency, a brilliantly edited compilation of shots of the night sky, lifted from 550 films from the beginning of cinema history right up to the present, and from all around the world, ordered chronologically with original soundtrack (including dialogue) and picture format intact.

It is a beautifully simple idea, but expansive and multilayered in the actual viewing, a profoundly involving, immersive, resonant experience. On one level, ★ offers the straightforward pleasure of outright surrender to the onward rush and flow of sounds and visual sensations, with the occasional tingle of recognition - but the cumulative impact of this multitudinous assemblage inevitably prompts more analytical musings on the stars and the universe as imaginative constructs, figured differently according to national context and epoch, and their primal role as locus for our projected fears and fantasies.

The film will remain forever unfinished, since Lurf plans to add further clips as new films get made, or older ones resurface; like some ever-expanding archive of our desires, ambitions, wonderment, imagination, the cosmos in ★ is truly infinite.

With support from the Austrian Cultural Forum, London and Open City Docs