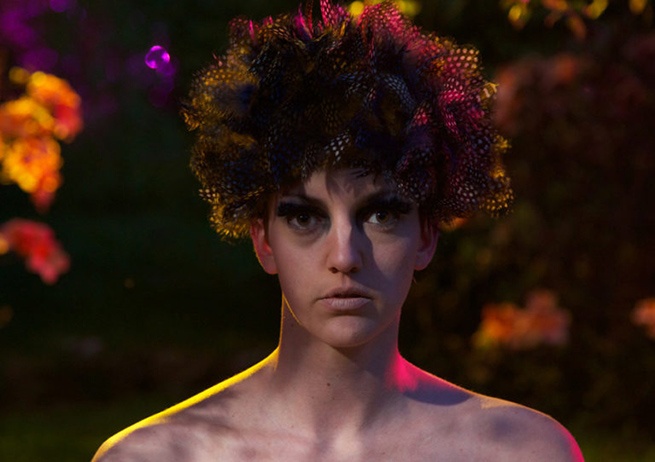 This programme brings three recent films by Vivienne Dick into a dialogue with a key earlier work in her oeuvre. Fusing elements of performance, documentary and home movies, Dick is a filmmaker whose work continues to evade categorisation.

Born in Donegal in 1950, Vivienne Dick studied at University College, Dublin, before moving to New York in the late 1970s where she was part of a group of filmmakers whose affiliation to the music and aesthetic of punk became known as 'No Wave'. Working mainly on Super 8, Dick's films from this period feature many musicians from the punk movement such as Lydia Lunch, James Chance, Pat Place, Adele Bertei and Ikue Mori.

She returned to Ireland in 1982 and then moved to London in 1985, where she was a member of The London Filmmakers Coop for many years and produced a number of films in 16mm and video. Her films have been screened at cinemas, museums and film festivals internationally, including Tate Britain, the Whitney in New York, IMMA in Dublin, and the Edinburgh and Berlin Film Festivals. Her work is in the collections of The Museum of Modern Art and Anthology Archives, NYC and the Irish Film Archives. She now lives in Galway, Ireland, where she teaches and continues to make films.