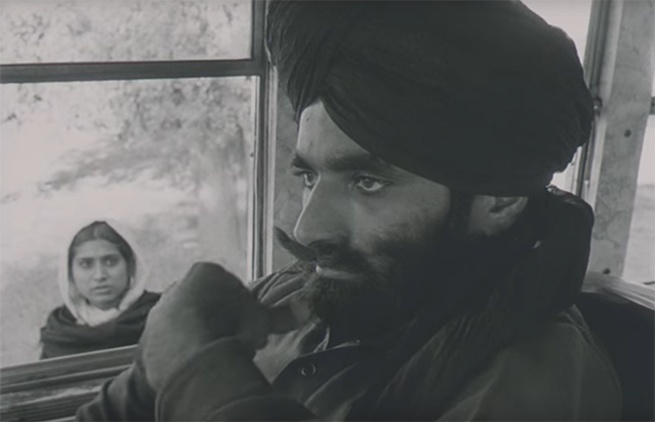 Mani Kaul's great debut feature is a seminal film which helped define the formal vocabulary of the New Indian cinema. Based on a short story by Hindi writer Mohan Rakesh, the film is a dramatic portrait of a Punjabi woman who, day after day, waits patiently at a bus stop for her husband to drive by in his bus so that she can give him his meal, the bread she prepares for him every day.

Kaul's precise exploration of cinematic space, landscape and figure—inspired by the compositions of the Hungarian-Indian painter Amrita Sher-Gil—as well as his attention to gesture and repetition give an extraordinary strength to this study of a woman's life and her solitary condition. When her daily routine is interrupted, the film gradually builds a sense of suspension of time, of stillness and silence, becoming, as Mani Kaul put it, 'a projection of the woman's fantasies'.

In collaboration with the Courtisane Film Festival and the Otolith Group, and with the support of Birkbeck Institute for the Humanities and the National Film Development Corporation of India