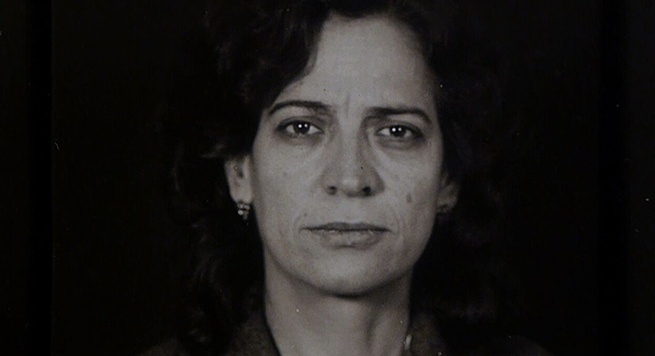 This screening is a UK premiere, and is followed by a conversation between the director Susana de Sousa Dias and Patricia Brás, Birkbeck

Susana de Sousa Dias's Luz obscura—literally 'obscure light'—is a highly sensitive and beautifully-crafted essay film about the lives of political prisoners during Portugal's Salazar dictatorship (1926-1974), and the devastating effects this repression had on their children.

Materially the film is constructed from two main sources: the photographs of the prisoners taken by the Portuguese state defense police, and the recorded testimony of the prisoners' children recalling their experiences. In the hands of Sousa Dias, this formal combination is devastatingly simple and effective, a model of filmic rigour and intelligence, as she carefully allows these powerful materials to unfold their story of persecution, imprisonment, torture, secrecy and separation.

Although less well-known to many than its German, Italian or Spanish counterparts, the Portuguese Estado Novo or New State, led by António Oliveira de Salazar, was the longest-lasting right-wing dictatorship in 20th century Europe, beginning with a military coup in 1926 and only ending some 48 years later in 1974 with the 'carnation revolution', after 15 years of war in its African colonies. Salazar's ideological slogan of 'God, Family and Fatherland', which would as easily have been at home in Franco's Spain or Pétain's France, was translated into harsh political reality through the powers of the Church, the Army, and the State Police, known as the PIDE (later DGS).

Sousa Dias's film focuses on the PIDE's treatment of political opponents to the regime, especially the Portuguese Communist Party, and in particular she explores the stories of Octávio Pato, imprisoned and tortured, who spent 14 years in hiding, and of three of his children, Álvaro, Isabel and Rui—each born of a different mother—whose recollections form the soundtrack of this hidden history that Luz obscura bravely returns to the light.