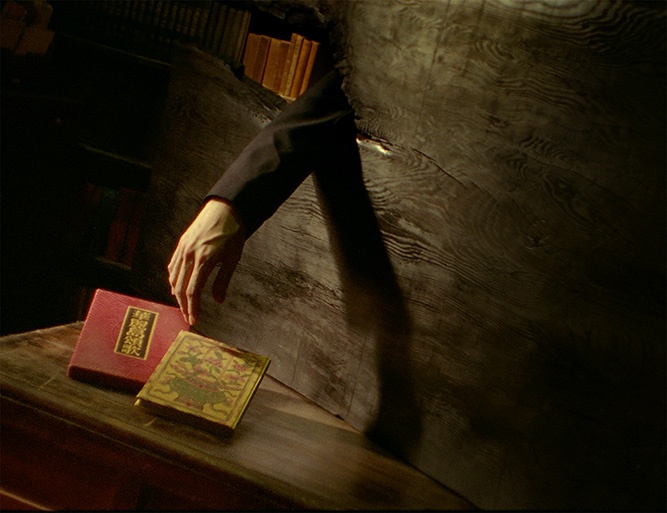 This screening will be introduced by Luke Robinson (University of Sussex).

Le Moulin deals with the work of a group of Taiwanese and Japanese intellectuals and poets gathered around Le Moulin Poetry Society and the short-lived magazine Le Moulin [The Windmill] that they founded in 1933, when Taiwan was under Japanese colonial rule. Strongly influenced by the European avant-garde and surrealism, whose principles they followed and adapted, the group developed a refined and seemingly detached aesthetic that went against the prevalent literary social realism of the time, subtly defying the cultural and linguistic hegemony imposed by decades of Japanese rule. The film finds an equivalent to the group’s sensual aesthetics with its richly weaved tapestry of imagery and sounds, readings of texts, photography, calligraphy, music, excerpts of radio broadcasts and beautiful re-enactments evoking the gestures, objects and voices related to Le Moulin. The film provides a fundamental contribution to understanding the importance of how transcultural intellectual exchanges and global modernism helped to shape counter-discourses under colonial rule in Taiwan in a period of emerging political awareness and dissension.

With the support of Birkbeck Interdisciplinary Research in Media and Culture.

We are offering a special multibuy offer for Essay Film Festival 2017: