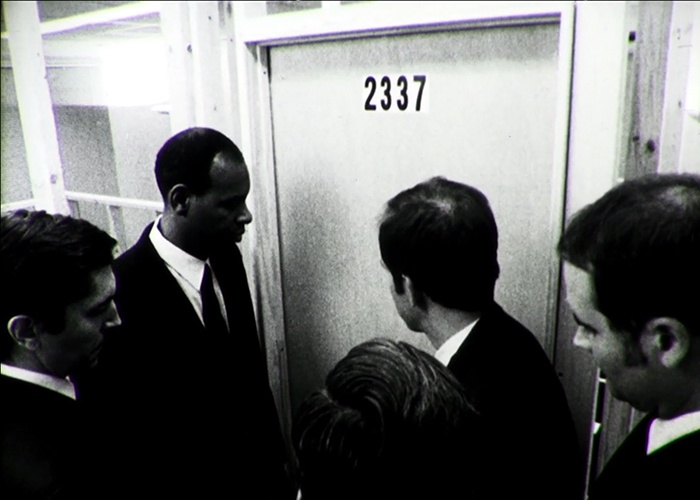 Filmmaker Deborah Stratman is in conversation with critic and film essayist Kevin B. Lee following this screening.

Described by the artist as “a suite of Midwestern parables that question the historical role that belief has played in ideology and national identity”, The Illinois Parables proposes a critical and timely reflection on history and the landscape. Arranged into eleven chapters that span history from migratory settlements in 600CE to European colonisation and the political struggles of the 1960s, this exemplary essay film excavates fragmentary histories and collective memories of exodus, forced displacement and natural disaster. Stratman unearths the metaphysical themes of the American sense of self to reveal the tangled but rearticulated histories of the dispossessed buried deeper in the layers of the Midwestern soil.

“A dense weave of found and original sights and sounds, […] at once an experimental documentary, a work of historical excavation and an insistently moral ideological critique” (Manohla Dargis).

We are offering a special multibuy offer for Essay Film Festival 2017: