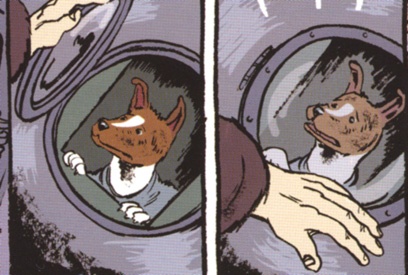 Enter A World of Your Own: Laika and Aya

Marking today's 50th anniversary of Russia's launch of the first living creature into space, Nick Abadzis presents an audio-visual essay about his research into Soviet-era secrets which underpin his moving graphic novel about the plucky dog Laika, from First Second/Macmillan Books.

Paris-based writer-artist couple Marguerite Abouet and Clément Oubrerie reveal how they developed Aya de Yopougon, their tender portrayal of teenage living and loving set in the prosperous Seventies Ivory Coast, and an example of the new wave of contemporary African comics.

Authors will be signing their books after each talk.