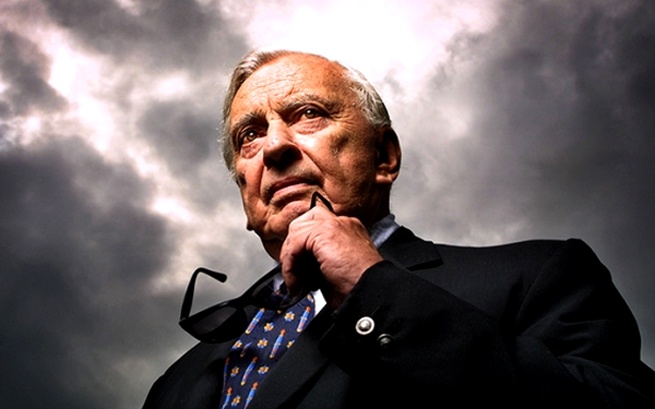 Few Twentieth-Century figures have moved as fluidly and forcefully between the worlds of politics, literature, drama, film, historical debate, and the culture wars as Gore Vidal.

With a career spanning more than 50 years, novelist, political essayist, literary critic, historian, scenarist, television pundit and political activist, Gore Vidal ran for Congress twice and subsequent to this continued to be a kind of statesman-in-exile through TV and radio, as well as writing best-selling novels and commentary on the American socio-political scene. One of the leading intellectual rogues of American media, Vidal was renowned for his brilliant wit and scathing tongue, and lived at the centre of 20th Century culture and politics in the US until his death in 2012.

Weaving together intimate one-to-one interviews with Vidal himself, archive footage of his scintillating on-air appearances, and commentary from those who knew him, Nicholas Wrathall’s documentary is a portrait of a complex man, and of one of the most dazzlingly fearless critics of our time.

Director Q&A
Nicholas Wrathall joins us for a Q&A via Skype following the screening.