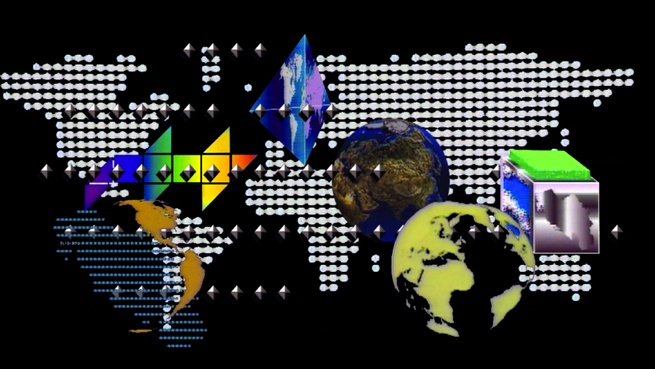 Denny’s first UK solo exhibition, The Personal Effects of Kim Dotcom, is inspired by the recent rise and fall of New Zealand entrepreneur Kim Dotcom, whose file sharing platform Megaupload was the subject of FBI investigation on charges of criminal copyright infringement. The influence of media and technology upon contemporary culture is further developed in Domanović’s exhibition From yu to me, [SIC] which looks at the history of the Internet domain ‘.yu’ against the backdrop of the political turmoil in Eastern Europe and the violent dissolution of the Yugoslavian state towards the end of the 20th Century.

There will be a £10 return coach service to firstsite on Friday 21 March for the opening of Simon Denny and Aleksandra Domanović’s new exhibitions leaving from Bethnal Green, Museum of Childhood, London at 5pm. Space is limited so book your space now.

firstsite is holding a symposium on 30 May - Owning the immaterial: art, technology and culture - which brings together a group of high profile curators, artists, journalists and academics from Berlin, New York and London to discuss the subject of ownership in the internet age, taking the work of Domanović and Denny as a starting point. Speakers include Charles Graeber, New York based writer who has a close working relationship with Kim Dotcom; Mark Fisher, Goldsmiths; Paul Pieroni, SPACE; Kieran Long, V&A; Simon Denny and Aleksandra Domanović.