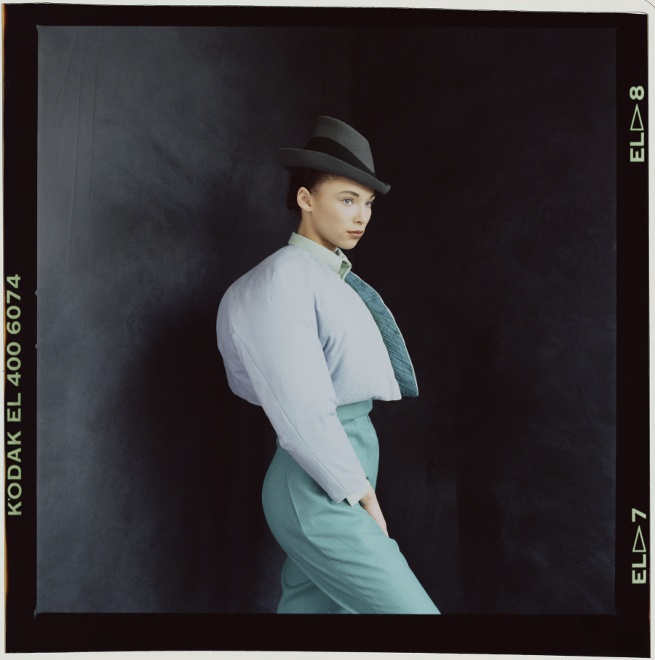 Hettie Judah chairs a discussion with designer Georgina Godley and a panel including fashion historian Miren Arzalluz and curator Karen Van Godtsenhoven (Modemuseum, Antwerp), investigating the transformations of the female silhouette during the twentieth century that challenged established notions about beauty and femininity.

This panel explores how twentieth century fashion designers such as Madeleine Vionnet and Cristóbal Balenciaga began to liberate the female body from the close-fitting hourglass forms which dominated European and American fashion, instead enveloping bodies in more autonomous garments that often took inspiration from beyond the West. As the century progressed, new generations of avant-garde designers from Rei Kawakubo to Martin Margiela further developed the ideas instigated by their predecessors to defy established notions of femininity in dress, creating space between body and garment. Presenting a visual journey through the transformation of these silhouettes, the panel will reveal a new relationship between body and dress that has emerged for the 21st century.

Hettie Judah is a British author who has written extensively about fashion, art and design in various international publications. She is a contributing editor to ArtReview, and a features writer for Artnet, the New York Times and (until recently) the Independent on Sunday. Recent books include Footprint: The Tracks of Shoes in Fashion.

Karen Van Godtsenhoven is Exhibitions Curator at MoMu - Fashion Museum Antwerp. She has curated exhibitions including Unravel: Knitwear in Fashion; Happy Birthday Dear Academie; Birds of Paradise: Plumes & Feathers in Fashion; and published widely on avant-garde Belgian fashion in international publications. Her collaborations with different artists and designers for MoMu's exhibitions turn the museum into a catalyst for contemporary creation and innovation.

Georgina Godley, a British fashion designer whose design career spanned the larger part of the 1980s, came to fashion as an intellectual outsider, graduating in Fine Arts from Brighton and Chelsea art colleges (1974-78) a contemporary of Helen Chadwick. Her final piece was an installation of a consciously impermanent nature, winning an award in the ICA Contemporaries, but had no association with clothing or textile. Godley started to work as a freelance designer for Brown's, first making mannequins and later as an assistant designer at Brown's menswear. She opened a menswear shop in Dover Street with her partner, Scott Crolla in 1981, adding womenswear in 1984. In 1986, Godley split from Crolla and presented her first solo collection, Body and Soul, in January 1986 she came out with Lumps and Bumps, inspired by a study of African fertility dolls.