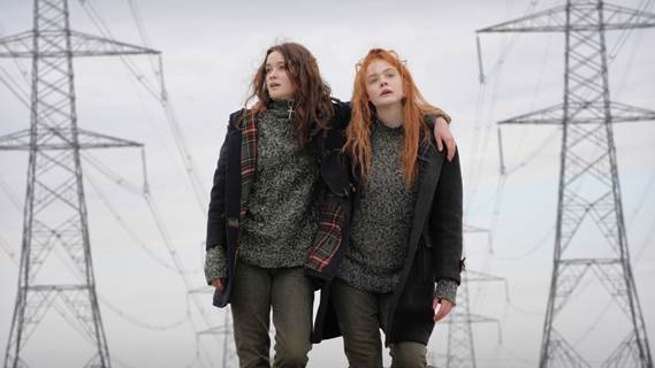 Writer, editor, educator and activist Sophie Mayer is in discussion with filmmakers Hope Dickson Leach and Tina Gharavi, exploring the new generation of British independent filmmakers detailed in Mayer’s book Political Animals: The New Feminist Cinema (I.B. Taurus, 2015). The pair seek to identify and discuss the ways in which filmmakers are able to create structural change within the British film industry.

This Culture Now takes place as part of Onwards and Outwards, a nationwide programme of screenings, talks, and events, that aims to establish a dialogue around the conditions of production that women face when attempting to use the moving image as a means of expression.

Sophie Mayer is the author of Political Animals: The New Feminist Cinema (I.B Tauris, 2015) and The Cinema of Sally Potter: A Politics of Love (Wallflower, 2009). She co-edited There She Goes: Feminist Filmmaking and Beyond with Corinn Columpar, and is a regular contributor to Sight & Sound and The F-Word. She works with queer feminist film curators Club des Femmes and with Raising Films, campaigning for a family-friendly film industry.

Hope Dickson Leach is an Edinburgh-based writer and director whose award-winning short films have played at festivals worldwide. She has recently wrapped principal photography on her debut feature, The Levelling, commissioned as part of the iFeatures scheme funded by the BFI, Creative England and BBC Films. She is also a co-founder of Raising Films, an initiative created to start a conversation about the challenges faced by parents in the film industry, and mother to two young boys.

Tina Gharavi is a filmmaker whose work focuses on ‘untold stories, unheard voices’ and storytelling from the margins. She initially trained as a painter and studied cinema in France. She is noted for innovative cross-platform work. She completed her debut feature, I Am Nasrine, a coming-of-age story of teenage Iranian refugees in England that was nominated for a BAFTA in 2013. She is currently working on a large budget genre film (gangster tale set in France and Iran) and a documentary about the prison system in the US and the UK. Gharavi lectures at Newcastle University and is an Open Doc Fellow at MIT and is represented as a director by Independent Talent.

Part of: Culture Now Part of: Onwards and Outwards