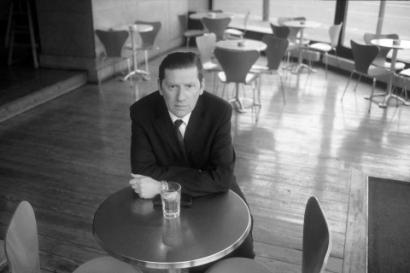 Writer and novelist Michael Bracewell presents a lecture, Flair to Pop to Zoom and Back Again - a stroll through the 50 years of the Style Press.

Michael Bracewell is the author of six novels and three works of non-fiction, including Perfect Tense (2000) and England Is Mine (1997). He writes widely on modern and contemporary art, and his recent publications include Richard Hamilton: Late Works (National Gallery, London, 2012), Damien Hirst, Beautiful Inside My Head Forever (Sotheby's, London 2008) Bridget Riley; Paintings and Related Work (National Gallery, London, 2011), and Gilbert & George: The Complete Postcard Art (2 vols) (Prestel, 2011). He was co-curator of The Dark Monarch: Magic and Modernity in British Art at Tate St Ives, UK (2009) and The Secret Public: Last Days of The British Underground 1978 -1988 (Kunstverein Munich/ICA London 2007). He is a regular contributor to Frieze and The Burlington. Michael Bracewell's selected writings on art, The Space Between, edited by Doro Globus, was published by Ridinghouse, London in 2012.