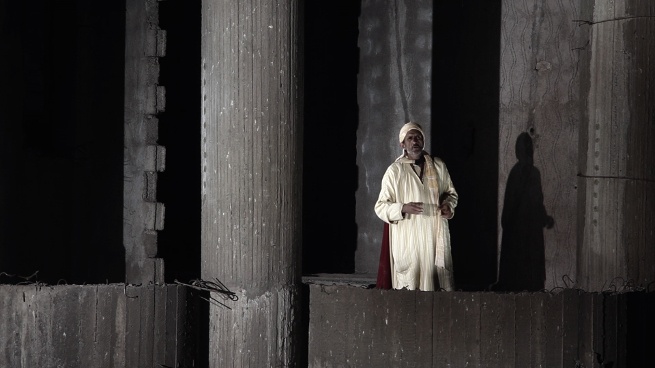 French-Algerian artist Katia Kameli is in conversation with Coline Milliard on the occasion of her first solo exhibition at The Mosaic Rooms, What Language Do You Speak Stranger? (16 Sep – 3 Dec 2016).

Working in video, photography, installation and drawing, Kameli is interested in intersecting identities and their construction, and examining intercultural spaces. The pair discuss her practice as well as The Mosaic Rooms’ exhibition,  which draws together both new and recent work, and takes the audience on a journey through the power of storytelling, questioning ideas of historical authenticity and national identity.

Coline Milliard is Associate Director of Carroll/Fletcher, working with a roster of artists including Constant Dullaart, Basel Abbas and Ruanne Abou-Rahme, and Richard T. Walker. As an art critic, journalist and editor, she has published extensively in periodicals including Modern Painters, Art Monthly, The International Herald Tribune, Art Review, Metropolis M and Art in America, and contributed essays in books and exhibition catalogues. Prior to her current position, Coline was Deputy Editor for the global newswire artnet News, for which she reported regularly on art and its markets. From 2010 to 2014, she was UK editor at LBM, in which capacity she oversaw UK coverage for ARTINFO and Modern Painters magazine. Coline was also the first managing editor of Ibraaz.org, an online publishing platform focusing on contemporary visual culture in the Middle East and North Africa region. She sits on the artistic committee of Fluxus Art Project, a Franco-British organisation encouraging cross-channel exchanges in visual arts.

Please note that due to unforeseen circumstances, Elvira Dyangani Ose is no longer able to participate.