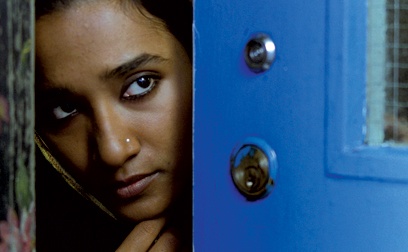 The opening CinematICA event will be a preview of Brick Lane, followed by a conversation with Monica Ali, author of the original novel, and writer Hanif Kureishi.

The hugely anticipated big screen version of Monica Ali's acclaimed, widely debated novel is realised with a lightness of touch and strength of vision in Sarah Gavron's debut feature. Writers Abi Morgan and Laura Jones stick closely to the essence of this contemporary tale of love, cultural difference and self-fulfilment.

Seventeen-year-old Nazneen (Tannishtha Chatterjee) finds her life turned upside down when she leaves her Bangladeshi village and her beloved sister for a new life in London's East End, married to an older man. Uprooted and lonely, she nonetheless tries hard to be a dutiful wife and mother. Her husband Chanu (Satish Kaushik) is a man with big ideas (and a belly to match), but Nazneen keeps her discontents under control until one day a small step towards independence brings her into contact with Karim (Christopher Simpson), a radical and attractive young man.