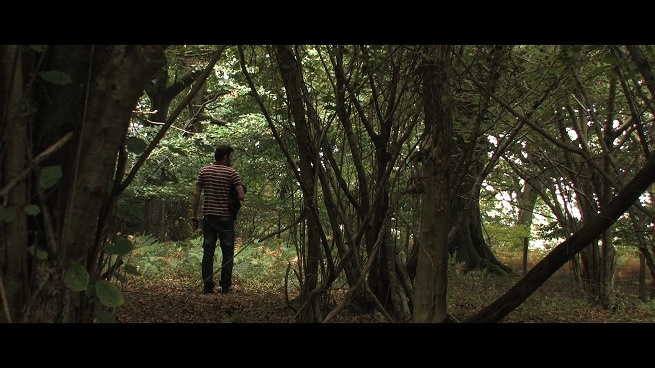 One half of the directing team, Tim Grabham, is attending the screening for a post-film Q&A.

A real life science fiction movie exploring a world creeping right beneath our feet, where time and space are magnified and intelligence redefined.

The Creeping Garden is a feature length creative documentary exploring the work of fringe scientists, mycologists and artists, and their relationship with the extraordinary plasmodial slime mould. The slime mould is being used to explore biological-inspired design, emergence theory, unconventional computing and robot controllers, much of which borders on the world of science fiction. But as well as exploring the slime mould in the lab, the film also travels out into the wild, hunting for the organisms in their natural habitat.

Co-directed by artist filmmaker Tim Grabham and writer and film curator Jasper Sharp, the film follows in the unconventional footsteps of Grabham's previous feature KanZeOn and Sharp's fascination with the extended world of mycology.

With an original soundtrack composed by celebrated musician and producer Jim O'Rourke (Sonic Youth, Werner Herzog's Grizzly Man), this is a unique exploration into a hitherto untapped subject matter, observing and immersing the audience into the worlds of the observers and the observed.

This screening forms part of Cinemania, a series of inspiring film screenings and talks for young people aged 16-19, taking place at 12 cinemas across London

Due to the content this film is suitable for all ages.

The ICA Cinema is now completely ad-free. Please note the feature will start following a selection of trailers and information relevant to the ICA programme.

Cinemania is presented by Picturehouse and Film Hub London. Managed by Film London, the Hub is a proud partner of the BFI Film Audience Network, funded by the National Lottery.