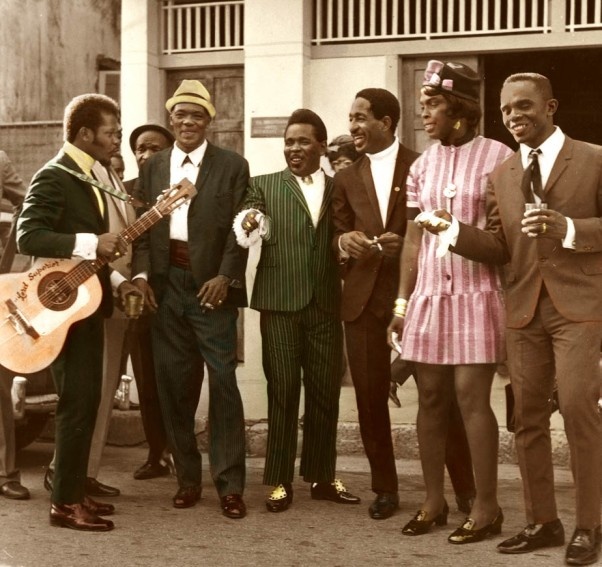 This screening is programmed in association with the ICA Fox Reading Room exhibition, Carmel Buckley and Mark Harris: Sparrow Come Back Home.

Calypso Dreams provides a cultural rediscovery of a musical tradition that has been bypassed by the mainstream for decades. It is a celebration of calypso music, the intense sense of community it engenders in Trinidad & Tobago, and of the art form’s dynamic social and political roots, which sustain it. Shot over three years in Port of Spain, Trinidad, the documentary includes such legendary calypsonians as Lord Pretender, Lord Kitchener, the Mighty Bomber, Relator, Lord Superior, Brigo, Mystic Prowler, Calypso Rose, the Mighty Sparrow, Terror, Valentino, Lord Blakie, David Rudder, Regeneration Now, the Mighty Duke, Conqueror and many others.

The film chronicles the fascinating spirit and traditions of calypso music dating back to its complex Afro-Caribbean roots in the 18th and 19th centuries. With narrative commentary by the popular Caribbean musician David Rudder, the film captures riveting, contemporary performances by a host of legendary Calypso performers with colourful “sobriquets,” including Black Stalin, Singing Sandra and Mighty Terror, while paying homage to recently deceased calypsonians, including Lord Kitchener and Lord Pretender. It also includes a rare and exclusive interview with Harry Belafonte on the issue of his early involvement with calypso and his complex relationship with Lord Melody in the 1950s and early 1960s. Using a rich array of archival footage and photographs, Calypso Dreams illustrates how the music was corrupted and homogenized by the American music industry in the 1940s and 1950s, only to survive and, ultimately, thrive in international anonymity.