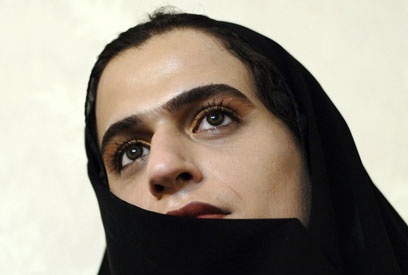 In the words of an Iranian specialist on sex change operations, "if Iran is a paradise for transsexuals, it's because of the good support of the authorities." The setting for this documentary arises out of the interesting legal circumstances existing in Iran, which neither forbid nor condemn transsexuality because it is not mentioned in the Qu'ran. The result is Daisy Mohr and Negin Kianfar's intimate and compelling film about Iranian transsexuals, following their experiences of the operation process. For the central character, a young male to female-transsexual, this will also entail the subsequent adoption of the veil, and the relinquishing of certain individual freedoms. Mohr and Kianfar consider the effects that the sex change procedure will have over many aspects of their subjects' lives, featuring the perspectives of their doctors, their families and their partners. They examine the implications that their new identities will have for their faith and their personal liberty, and how for all of them it will alter the way they are perceived by society. The subject matter is skillfully handled, producing a balanced yet fascinating portrait of schizophrenic lives in a schizophrenic environment.