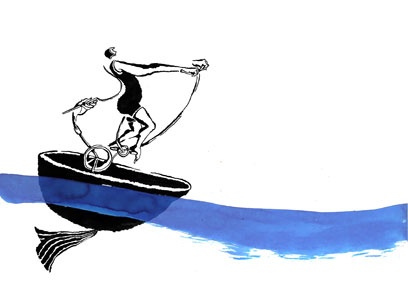 From quirky dance film to hard-hitting drama, this is a showcase of the best emerging UK talent. Included is winner of the UK Film Council Kodak Best Short Film Award, The Other Man, world premiere of thought provoking documentary Ordinary Magic, plus mesmerizing animations.

One Hundredth of a Second

A young photojournalist is forced to face the consequences of her work in a war zone.

Ordinary Magic consists of a series of interviews with six Londoners in their seventies and eighties, each of them offering intimate observations on their lifelong quest for meaning and knowledge.

Desires is a composite of stop frame and drawn animation and live action footage. A delightfully tender adaptation of Gaia Holme's poem.

Shot on a pitch in the middle of the night in Coventry, Night Practice combines the structure of meticulous training with simple, magical wonder.

In this touching and poignant portrayal of grief we view a moment of sexual intimacy through the eyes of an elderly woman grieving her lover of a life-time.

Girl With the Short Hair

A little girl has to 'prove' she's a girl to some boys at a party. Recounting the episode to her mother, we discover that a five-year olds' logic can bring about hilarious results.

Winner of both the Edinburgh International Film Festival and the UK Film Council Kodak Best Short Film Award, The Other Man, starring BAFTA nominated Anna Maxwell Martin (Bleak House), is a brilliantly observed story about a husband's reaction to some shocking news.

Sleep With the Fishes

A flotilla of imagined vessels glide across a bright blue sea, struggling to stay afloat. This bizarre and wonderful animation is set to enchanting music of the Tiger Lilies.