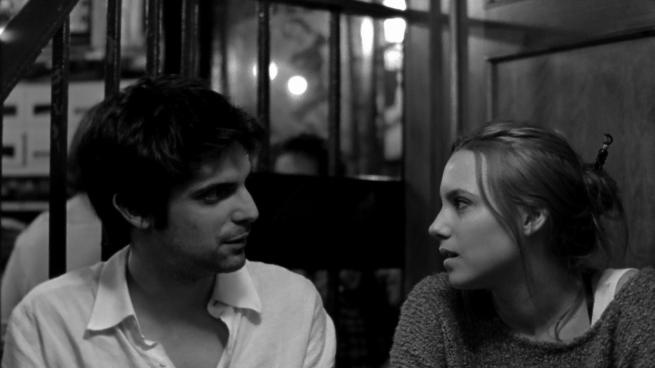 Waiting to get the green light for his new project, filmmaker León (Francesco Carril) contemplates a contemporary culture in which it’s ever harder to get a job and failure is the order of the day. And in a society where youth unemployment runs at over 56%, waiting effectively becomes a way of life. Jonás Trueba’s camera follows León – an award-winning performance from Francesco Carril – as he sees friends, lovers and colleagues, converses about film and life, and discusses the aspirations of his generation.

The Wishful Thinkers is a film about the craft of making work, but it’s also both a boy-meets-girl tale and a seductive homage to Madrid – the city is as much a protagonist of the movie as Carril’s León. Shot by Santiago Racaj in warm black and white, this is an intelligent and moving piece of filmmaking about enterprise and imagination in times of crisis.