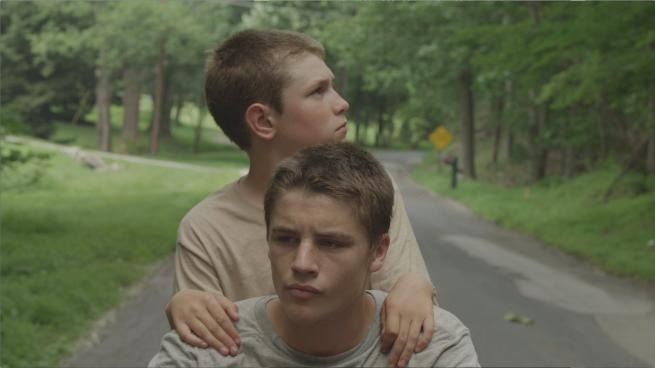 Living in the rural idyll of the American countryside, brothers Eric and Tommy are in the midst of a languorous summer. Long days spent with friends are punctuated with the raw enjoyment of boyish physicality and flippant acts of mischief. The sudden and mysterious death of their friend painfully shakes their youthful sense of certainty, and what was once a natural distance from the adult world becomes an insurmountable and isolating gulf.

Resisting over-exposition and the accompanying comfort of resolution, director Daniel Carbone creates an atmosphere that perfectly captures the fragmentary nature of childhood memory. As the boys’ need to reflect leads them back to the wild surroundings of their friend’s death, Carbone gently invokes both the romantic beauty and brutal reality of nature. His restraint makes for a powerfully arresting debut – a singular take on the coming-of-age tale that is at once genuinely poetic and devoid of sentiment.