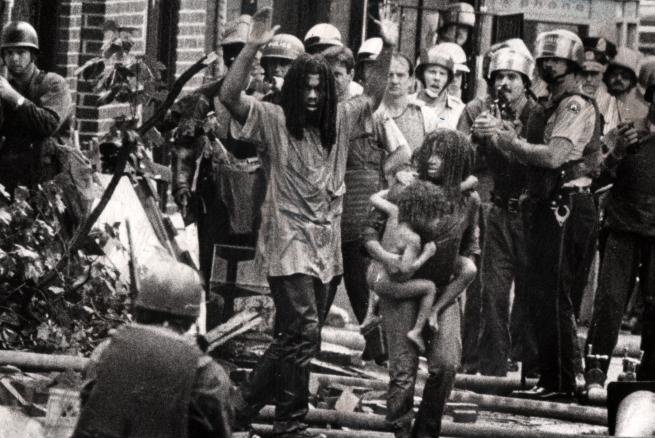 In 1985, a stand-off between the Philadelphia police force and a small radical organisation known as MOVE ended in tragedy, with the death of 11 people and 61 houses burnt to the ground. ‘Let the fire burn,’ were the fateful words that gave the police carte blanche to wait over an hour before extinguishing the blaze. MOVE, whose members were predominantly African-Americans, was seen as visionary by some and as a dangerous cult by others.

In his impressive debut feature documentary, Jason Osder thoroughly examines how the arrest of the group’s members turned into one of the most devastating days in the history of the city of Philadelphia. Exclusively using original news broadcasts, home movies and archive footage of the public hearing enquiry following the events, Osder captures with immediacy themoral complexity of a 30-year-old affair that sadly still feels so relevant.