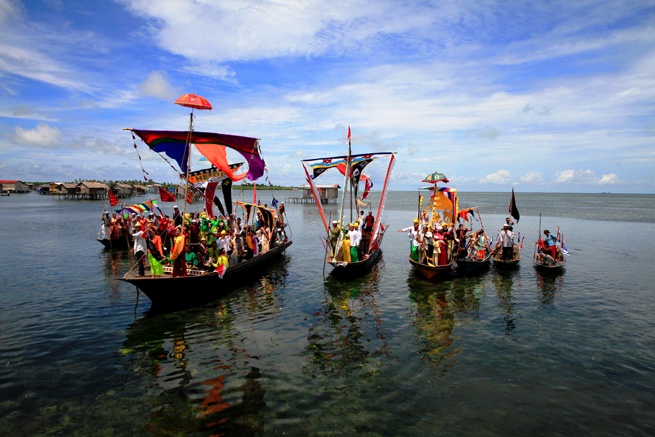 Nora Aunor, star of Lino Brocka’s Bona and countless other Pinoy movies, ends her semi-retirement with one of the most challenging roles she’s ever played: Shaleha, the midwife in a Muslim fishing village in the southern Philippines.

Shaleha’s tragedy is that she cannot give her own husband Bangas-An a child, and much of the film is devoted to her selfless search for a suitable, willing and affordable woman to become his second wife. The money is a major factor, since bridal dowries don’t come cheap in this community and Shaleha and Bangas-An barely get by on what they earn from midwifery and fishing. This is the flipside of Brillante Mendoza’s urban classic Slingshot: a placid (and largely dialogue-free) portrait of a place still governed by its traditions, harsh as they sometimes are. Sterling support from Bembol Rocco (he starred in Brocka’s Manila as a young man) as the husband.