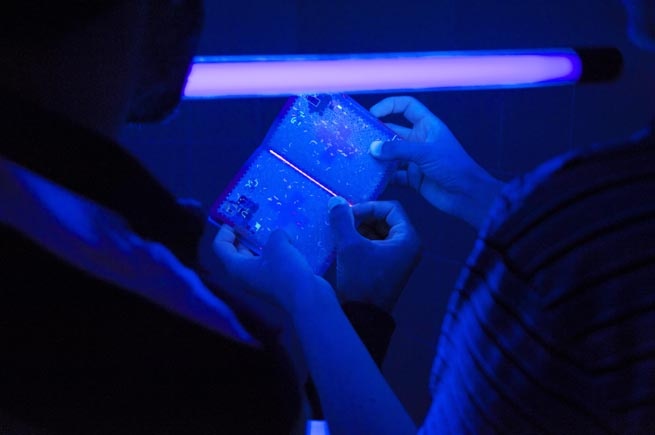 Kaveh Bakhtiari’s feature-length debut documentary focuses on a group of Iranian men, all illegal immigrants to Europe, holed up in an Athens boarding house as each of them attempt to cross the border further north, for better opportunities.

Born in Iran, Bakhtiari has a Swiss passport, and his view of these handful of economic migrants is at once intimate and removed: filming mostly in the cramped conditions of the basement flat in which his subjects live, Bakhtiari captures with delicate and sensitive detachment the sense of solidarity and occasional animosity among these resourceful men.

The movie ripples with tenderness and humour; but this is also a melancholy and quietly angry film about the desperate extremes to which Iranians of working age will go to break into Fortress Europe for decent employment opportunities (the fact that crisis-hit Athens should be the gateway to a promised land is one of the film’s unacknowledged ironies).