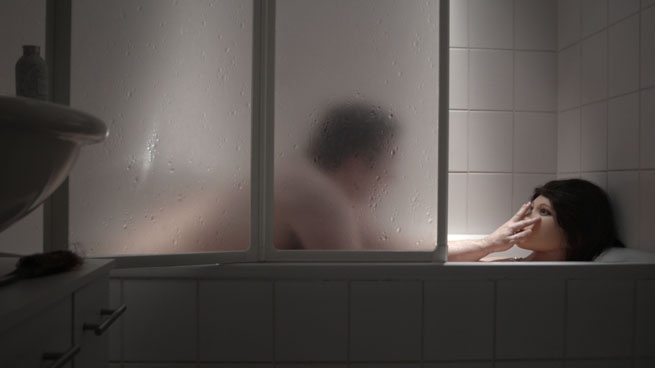 Religion, sex, politics and borders are all under the 21st-century magnifying glass and the films here ask questions about how we live life today. Religion can create confrontation. Do we know who really rules the world? And what do we have to do to be considered crazy? A thought provoking selection to take the discussion to the bar afterwards.

Our Lad
Dir Rachna Suri. UK 2013. 15min
Ali is one of the few British Muslim soldiers in the armed forces. Returning home from duty in Afghanistan for his father’s funeral, he is faced with tensions from both the community and his abandoned brother.

Killing Time
Dir Simon Nunn. UK 2013. 10min
A young man is riddled with anxiety over the future of the planet, playing Xbox, smoking spliffs and surfing the internet while he waits for ET to show up.

More Than Two Hours (Bishtar Az Do Saat)
Dir Ali Asgari. Iran 2013. 15min
At 3am a young couple wander the city looking for a hospital to cure the girl, but find getting help is much harder than they thought.

Jasmine's Revolution
Dir Sam Johnson. UK 2013. 9min
Jasmine is being ignored. Like all those around the world who want to stand up and be noticed, she goes to extremes.

Framed (Im Rahmen)
Dir Evgenia Gostrer. Germany 2013. 5min
How far can I go to express myself? Do I have boundaries? What do they look like?

My Sense of Modesty (Où Je Mets Ma Pudeur)
Dir Sébastien Bailly. France 2013. 20min
Hafsia, an art history student, will have to remove her hijab for a spoken exam. She goes to the Louvre to see the painting she will comment on.

Dream Girl (Traumfrau)
Dir Oliver Schwarz. Switzerland 2012. 20min
For most of his life, Dirk has been searching for the woman of his dreams: now, he finally seems to have found the love of his life, Jenny.

Beat
Dir Aneil Karia. UK 2013. 12min
A young man walks a thin line between euphoria and hopelessness, whose compulsive, erratic dancing to music only he can hear makes him both vulnerable and threatening.