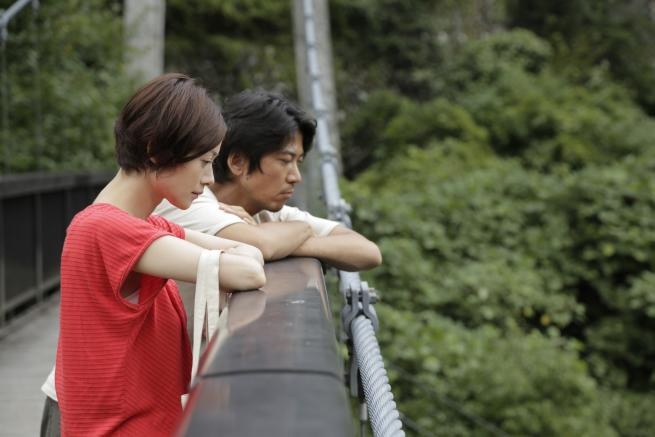 Tatsushi Omori’s breakthrough film, a top prize-winner in Moscow, trumps the 'problem macho' stories he’s told before with a transfixing look at a most unusual heterosexual relationship. He starts with the arrest of a mother suspected of killing her child, but the focus is on her neighbours, Shunsuke Ozaki and his wife Kanako, an apparently happy couple with a very active sex life. But there’s a rumour that Ozaki had an affair with the arrested woman, and so a tabloid editor assigns his staffer Watanabe to investigate the man. It turns out that Ozaki has a black hole in his past: as a student he was involved in the gang rape of a young woman, left college without graduating, and hasn’t been able to hold down a job since. But what relevance could this history have to present circumstances? This superbly acted mystery turns on female empowerment and male guilt.