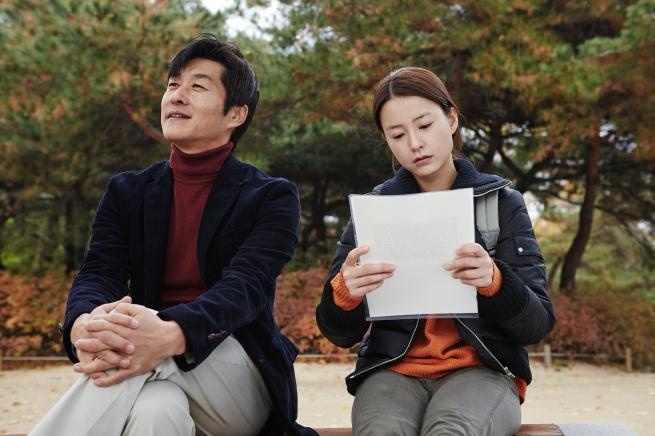 Hong Sangsoo’s new comedy of manners (his second film this year!) shows three men orbiting around an elusive young woman who seems quite capable of getting ahead without much help from any of them. Sunhi is an almost-dropout in her mid-20s who decides to try for graduate school in the US. She asks Professor Choi for a reference letter but doesn’t like what it says about her personality; she appeals to him for a rethink/rewrite. Meanwhile she runs into two other guys who dote on her: her needy ex-boyfriend Munsu and her introverted college senior Jaehak, who has left his wife to live alone. Much advice flows between them all, most forcefully when drink is taken. But Hong is amused to observe how circular it all is: how platitudes get recycled from one conversation to another, and how most of it anyway falls on deaf ears. Droll, and cutting.