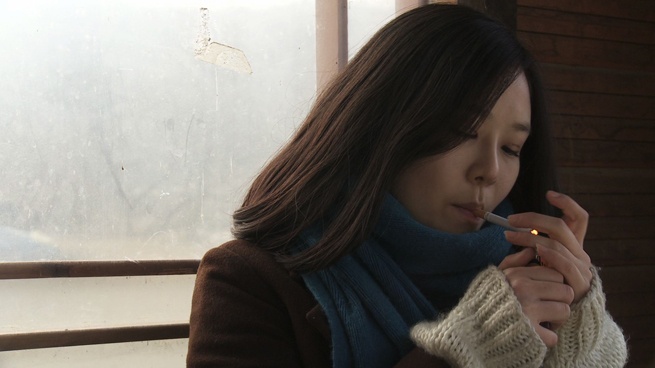 First-time director Jung Youngheon says that he was deeply depressed by a family death when he made Lebanon Emotion and saw it as a healing project. That tells us something about the grieving protagonist Heonwoo – but doesn’t explain the nightmarish underworld grudge-match he stumbles into.

Heonwoo has borrowed a friend’s apartment in a development area – it’s close to a mountain and deer-hunting grounds – and unexpectedly finds himself nursing an injured woman. She has just come out of jail; she celebrated by calling the criminal thug she hates most to curse him. Unfortunately he’s the vengeful sort, so he comes looking for her…

Using evocative wintry locations, the film builds a powerful sense of impending disaster as a violent cat-and-mouse game is remorselessly played out. The odd title (from a poem by Choi Jeongrye) suggests that life’s questions are sometimes unanswerable.