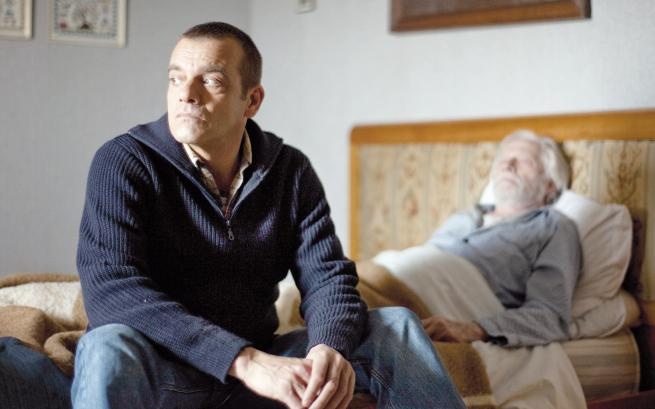 BFI London Film Festival: It's All So Quiet

Fifty-something Helmer lives with his ailing father on a remote farm in the Dutch countryside. Deciding he needs some personal space, Helmer moves his father upstairs, buys himself a double bed and renovates the ground floor to create his own makeshift apartment. As he attempts to carve some kind of life for himself, a series of encounters with a young farm hand and a middle-aged milk truck driver awaken within him desires he has tried hard to repress.

As the title suggests, It’s All So Quiet is characterised by silence. Instinctively capturing the melancholic essence of Nanouk Leopold’s story, cinematographer Frank van den Eeden brings an ambient beauty to this reflection on loneliness and sexuality. Dedicated to lead actor Jeroen Willems, who sadly died after filming, this thoughtful and poignant film serves as a fitting testament to a talent lost all too soon.