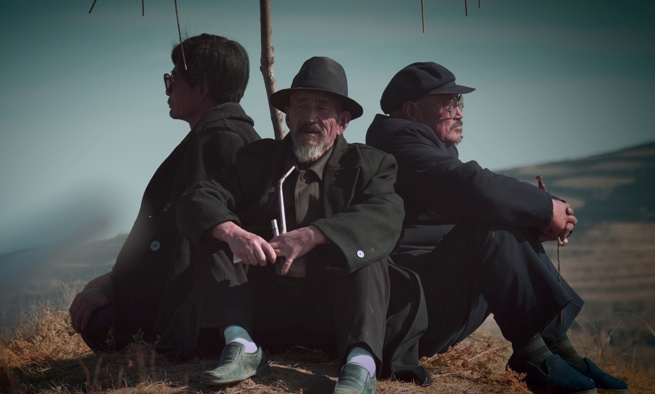 Journalist-turned-filmmaker Chai Chunya was born in a village in Gansu, the Chinese province adjoining Tibet, and he returned there to shoot this remarkable debut feature. The story he tells is poetic, even fanciful: Ga Gui, a young woman who left to find education and work in the big city, visits her home village because she’s had a premonition that her elderly father is dying. She finds him preparing for death by sleeping in a makeshift coffin but also convinced that he has a mission to revive the community before the exodus of its young turns the place into a ghost town.

Chai boldly goes beyond realism in his quest for the Buddhist essence of rural life in Gansu. The 'four ways to die' are those associated with the elements: the windy air, the red-clay earth, fire, water. The film is chaptered around them as it moves from drama to meditation.