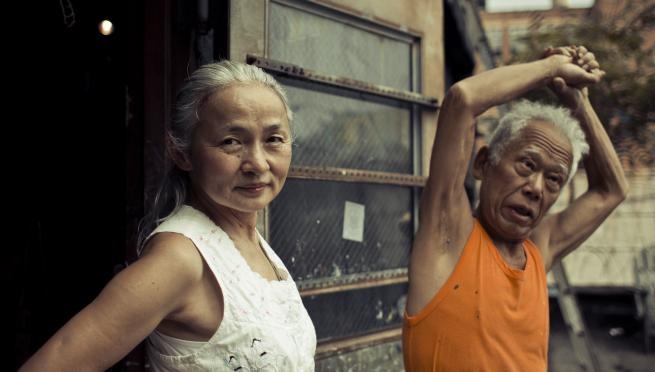 Ushio Shinohara was already a celebrated artist in Japan when arrived in 1960s New York, keen to gain international recognition. An aggressive provocateur making infamous paintings produced by donning boxing gloves and punching paint onto canvas, he was initially feted by Warhol and the established art scene but failed to find commercial success. In New York he fell in love with and eventually married Noriko, a woman who remains loyal to him despite decades of financial hardship and Ushio’s alcoholism. Noriko is an artist in her own right, producing drawings that tell the story of Cutie and Bullie, thinly veiled alter-egos of the pair, detailing personal trials and intimacies. Ushio treats her more like his assistant than a wife or peer, and Noriko puts up with his attitude unquestioningly. This remarkable documentary, illustrated with animated sequences of Noriko’s drawings, captures the couple as they prepare a joint exhibition, when tension between them is high, and deals with how love and the creative spirit can survive decades.