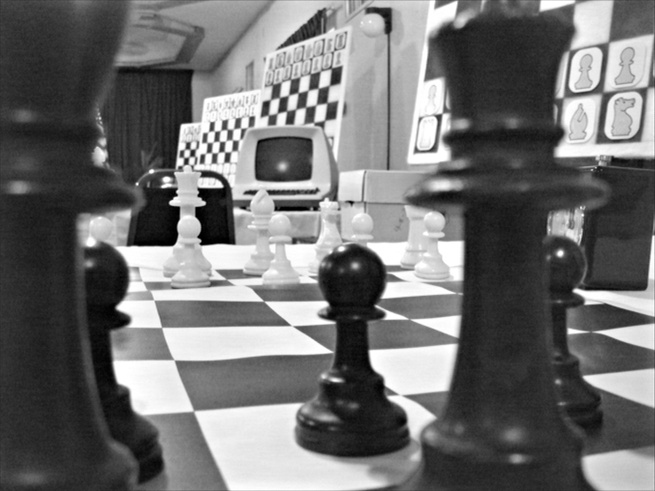 Computer Chess marks something of a departure for Andrew Bujalski, though it has plenty of the wit and warmth of his previous features (Funny Ha Ha, Mutual Appreciation and Beeswax). It’s the early 1980s and a chess conference is being held in a cheap hotel, the delegates attempting to discover whether it’s possible to design a computer program that can beat a real person at the game. There are conflicts and rivalries within this group of geeks; things start to get increasingly tense and strange, particularly as a self-discovery class have been booked into the same hotel.

Shot on black-and-white video, apparently on a camera from the era in which the film is set, this is a period piece played out in a time before smart phones or the Nintendo Wii. The film is endearingly fetishistic about analogue technology, has a smart and funny script, and there are committed performances from the ensemble cast. There’s ample evidence here to show what an inventive, daring and individual filmmaker Bujalski has become.