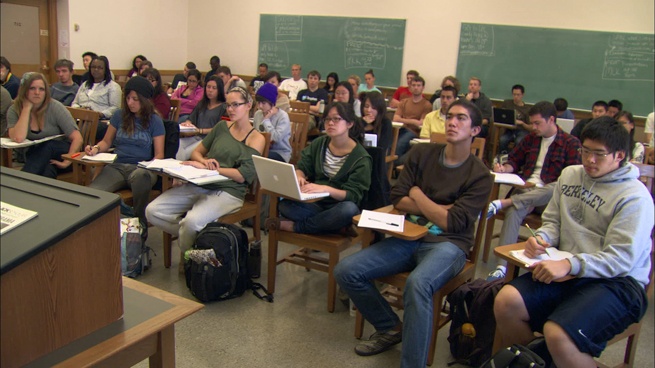 Could a 4-hour documentary about public funding cuts at Berkeley University hold your attention? With masterful documentarian Frederick Wiseman in control, the answer is a resounding yes.

Wiseman has been capturing American institutions for nearly 40 years (Titicut Follies, Public Housing), and here takes us to the Californian university for his 39th film. Berkeley has had more than half of its budget slashed in the last ten years, a measure that threatens its position as one of most forward-thinking and creative universities in the United States. Through an extraordinary array of lectures, from high-tech engineering for human prostheses and taxidermy classes to impassioned debates on the inequalities of the American education system and animated management meetings, Wiseman proves that the University is alive and kicking but facing tough challenges.

An immersive, astutely observed documentary that raises many questions about the future of higher education and social change.