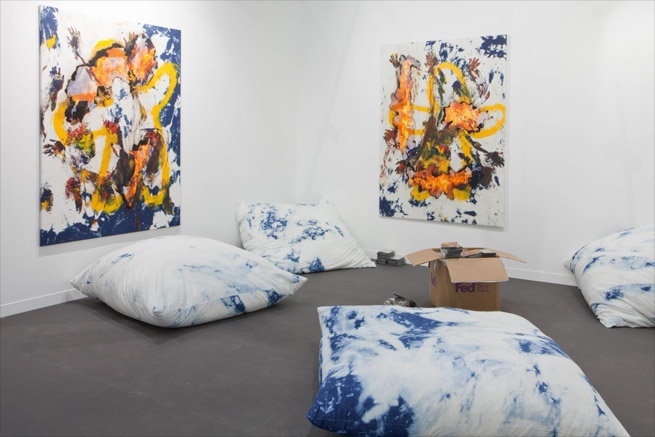 A collaboration between the ICA and Fondazione Sandretto Re Rebaudengo, Turin, Beware Wet Paint is a group show of individual paintings by artists for whom painting forms a single strand within a multidisciplinary practice.

The exhibition title comes from Richard Hamilton's recollection of Marcel Duchamp saying the words slowly with additional emphasis on the word 'beware', underlining the disruptive potential of what might otherwise be considered a traditional art form. The title also alludes to the notion of painting having been placed in the hands of those who might be said to be 'practicing without a license', a term once applied by Richard Prince to his own re-photography and more recently proposed by Christopher Wool at a recent Guggenheim talk in relation to painting.

As critic and curator Jan Verwoert asks, 'Why Are Conceptual Artists Painting Again?'. The retort being, 'Because They Think It's a Good Idea'. Later in the year, an adaptation to Beware Wet Paint travels to La Fondazione Sandretto Re Rebaudengo, Turin (29 October 2014 – 1 February 2015).