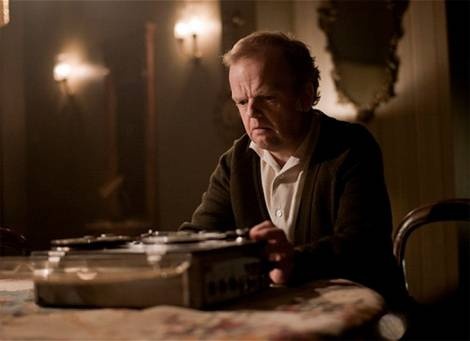 BAFTA and the ICA are back to deliver a new programme of masterclass labs where innovative talents from the film and television industries are invited to share their creative practices with the audience. Sessions are well illustrated with clips or other media, and with much time for questions, these masterclass labs give the audience an opportunity to exchange ideas with some of the industries’ exceptional talents.

Our first session of 2013 runs as part of the London Short Film Festival.

Peter Strickland is one of the UK’s boldly original new filmmaking voices. Although originally from Reading, his dual English-Greek heritage and Hungarian residence attest that he’s as much connected to Europe and a European tradition of filmmaking as to any other. His first short Bubblegum was actually shot in New York with Holly Woodlawn and Nick Zedd with a retro lounge soundtrack. His interest in sound lead to The Sonic Catering Band with which he created experimental soundscapes from a variety of everyday objects, leading to a variety of experimental releases and performances. Sound has played an important part in his two features to date. The highly acclaimed Katilin Varga was a revenge thriller set in Romania and won a sound award at the Berlinale, and his most recent offering the psychological horror (though his films eschew a strict genre) Berberian Sound Studio follows an Englishman to Italy where he works to create sound effects on a gory low-budget Italian horror. Sound design is intrinsically connected to the story, and for tonight’s event Peter’s interest in sound, music and audio design will form the backbone of this talk.