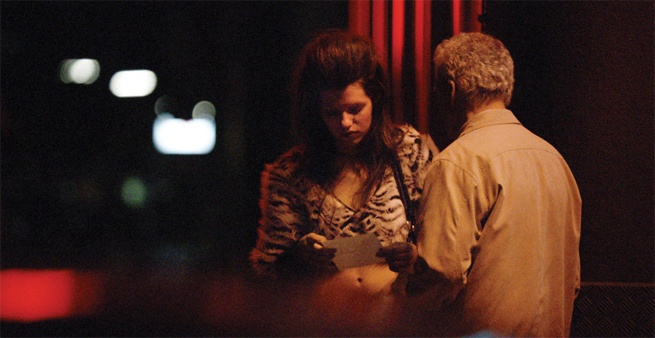 The British premiere of two new films by up-and-coming Austrian filmmakers Christoph Brunner and Sebastian Meise, followed by a Q&A with the directors.

Released in 2012, Brunner’s short Blackstory and Meise’s prize-winning feature Stillleben form provocative engagements with issues of repression, sexuality and violence. The films have been shown at international film festivals across Europe, North America and Asia, where they have won several significant awards. The directors trained at the Vienna Film Academy under Michael Haneke and have worked extensively with prominent contemporary directors such as Ulrich Seidl, Michael Glawogger, Leander Haußmann and Sven Regener. The two films offer compelling new artistic engagements with covert aspects of reality relating to sexuality, violence and gender politics that have a long-standing cultural tradition in the Austrian context.

Sebastian Meise’s Stillleben premiered at the San Sebastian Film Festival, where it also received a special jury mention in the New Directors Competition. Beautifully shot and compellingly scripted, the film begins with the discovery of a note written to a prostitute that describes a father’s erotic fantasies about his daughter and the shattering impact of this revelation on their lives in a small Austrian town. Awarded the Grand Diagonale Prize for the best Austrian feature film in 2012, the film is narrated from the perspective of Bernhard, who discovers his father’s letter, and it tells the story of a family struggling to come to terms with this long-repressed secret.

The Brunner’s short film Blackstory features Georg Friedrich and Stefanie Dvorak, well-known stars of Austrian stage and screen, in a fast-paced and darkly humorous tale with fatal consequences. Using split screens, the film devises innovative form to narrate the puzzling story of a crime and its devastating outcome. The film has been awarded prizes at festivals in Spain, Poland and the USA.

The joint screening is in conjunction with a series of outreach and teaching initiatives at King’s College London and the Austrian Cultural Forum.