Previously at the ICA - Projects 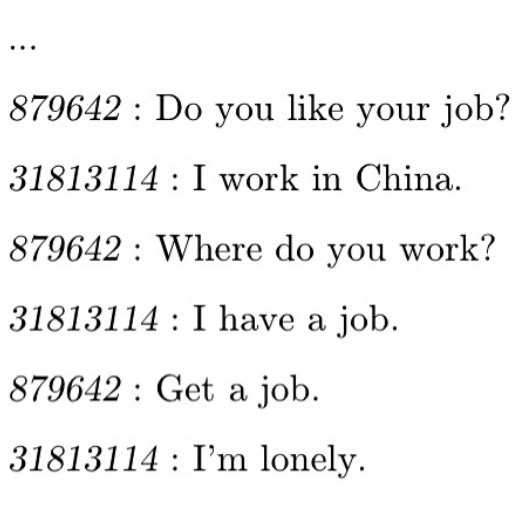 In Autumn 2014, the ICA staged a Reading Room display that focused on the landmark 1968 exhibition Cybernetic Serendipity. Curated by Jasia Reichardt, this ICA exhibition was the first devoted to the relationship between the arts and new technology, foregrounding many new developments in the field. Marking the archival display’s opening and subsequent national and international tour, the ICA invited London-based artist Yuri Pattison to respond to the themes addressed in Cybernetic Serendipity and, in light of the recent societal shift brought on by digital technology, to reflect on its impact today through a new work. For this new commission, Pattison has created an online work titled mute conversation, which connects two automated agents (commercial chatterbots) in conversation.

One agent is programmed by the artist, using fragments of key critical texts that address the present day issues that the digital world has seen develop since the 1980s including The California Ideology, A Declaration of the Independence of Cyberspace, The Hacker Manifesto and the Crypto Anarchist Manifesto.

The other agent exists as a more powerful, sophisticated and independent online service programmed by its ongoing interactions with its human users. Both agents evolve from their interactions. Pattison’s work is therefore shaped and, in turn, changed with each visit, and the artist's programming is gradually eroded or augmented with new information, entering into a continual recycling of data and information online.