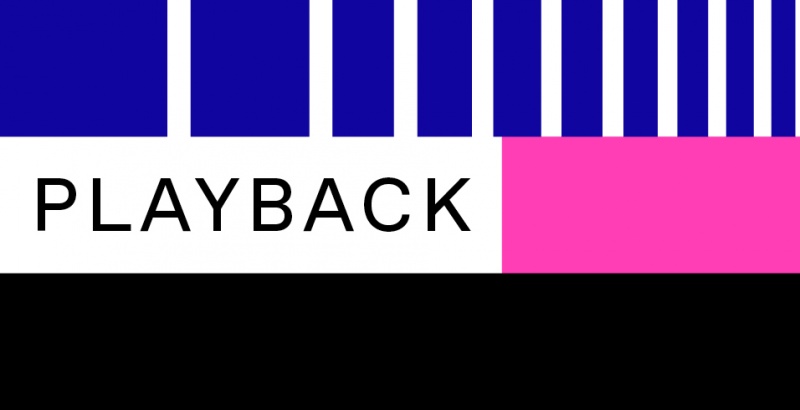 Find out more about Playback

Creating opportunities for young people from all backgrounds is the focus of this project. 16 - 24 year-olds were given training and production support to make their own short films in a joint initiative by Arts Council England and Channel 4 to develop young people’s talent and provide them with entry points to the arts and creative industries.

The films were designed to be broadcast as part of Channel 4’s Random Acts strand. Of the films made to date, over 90% have been presented on Channel 4 television or online. 360 short films will have been commissioned by 2018. In the first year the selection process was highly competitive with just 1 place for every 4 applications received. Participants come from all corners of England with a range of experiences; from those engaging with moving image for the first time to those with previous filmmaking skills. Since creating their work, we have seen the artist filmmakers go on to achieve great things – from landing paid roles in the arts industry to getting film commissions and valuable work experience with well known studios and directors such as Aardman and Amma Asante.

Random Acts Network Centres were set up to run the regional programmes in London, North, South West, South East and Midlands. Find out more below.

London
ICA’s STOP PLAY RECORD programme leads the London Network in partnership with New Contemporaries, the Chisenhale Gallery, DAZED, Kingston University and SPACE to provide a range of activities across the capital. Applications to make a film for Random Acts have now closed, however there are regular events aimed at young filmmakers taking place at ICA and other venues around London.

Applications to make a film for Random Acts have now closed, however there are regular events aimed at young filmmakers taking place at ICA and other venues around London.

South West
Calling The Shots leads the South West Network in partnership with Spike Film and Video and the Universities of Gloucester and Plymouth.

Founded in 1998 by filmmakers Jeremy Routledge, Lizzie Minnion and Steve Gear, Calling The Shots is a Bristol-based independent production company and training provider. The company has a mixed portfolio of work, including training projects, production for the not-for-profit and corporate sectors and TV production. They have a track record of fostering diversity in the creative industries and a strong commitment to partnership working. They have extensive experience of supporting young filmmakers and new talent to deliver professional-standard programmes for broadcast and exhibition.

More details on opportunities for young filmmakers in the South West in collaboration with Calling the Shots.

If you are based in the South West of England and are interested in making a film for Random Acts with Calling the Shots, the deadline to apply is Friday 20 October 2017. More info at the Calling The Shots website.

Midlands
Rural Media, based in Hereford, leads the Midlands Network in partnership with Maverick TV in Birmingham.

Rural Media is an award-winning media charity and production company, founded by CEO Nic Millington in 1992. Creating groundbreaking projects with a social conscience, always serving communities, connecting and engaging people of all ages and abilities to share their stories, enrich their lives and make themselves heard. Rural Media bring together partners from many different sectors including arts, education, international broadcast, government, business, trusts and charities. To this mix, they also add professional artists from a broad range of disciplines to engage, stimulate and support communities to create innovative projects and productions.

If you are based in the Midlands are interested in making a film for Random Acts, the rolling deadlines to apply are Monday 12 June, Monday 26 Sept and Tuesday 28 November 2017. More info at the Rural Media website.

If you are aged 16-24 and based in the Midlands, there is still time to apply to make a film for Random Acts in collaboration with Rural Media.

South East
Screen South based in Folkestone, leads the South East Network in partnership with the Ignition Network and Fly Film.

Applications to make a film for Random Acts have now closed, however there are regular events aimed at young filmmakers taking place across the South East.

Tyneside Cinema is one of the UK’s leading independent specialised film and media venues. Alongside its programmes of new world cinema and moving image arts the cinema - a former newsreel theatre - is also famous as a screen heritage attraction, housed in its spectacular Grade II listed building in the heart of Newcastle upon Tyne. The Cinema’s exhibition space, The Gallery, is devoted to celebrating the exciting creative crossover between artists and filmmakers working with moving image, while its multi-faceted Learning and Participation programme offers a wide range of film-based activities, events and programmes for young people throughout the year. Tyneside Cinema is an Arts Council National Portfolio Organisation and also receives revenue funding from Newcastle City Council, BFI and Creative England.

Find out more details of opportunities for young filmmakers in the North in collaboration with Tyneside cinema.