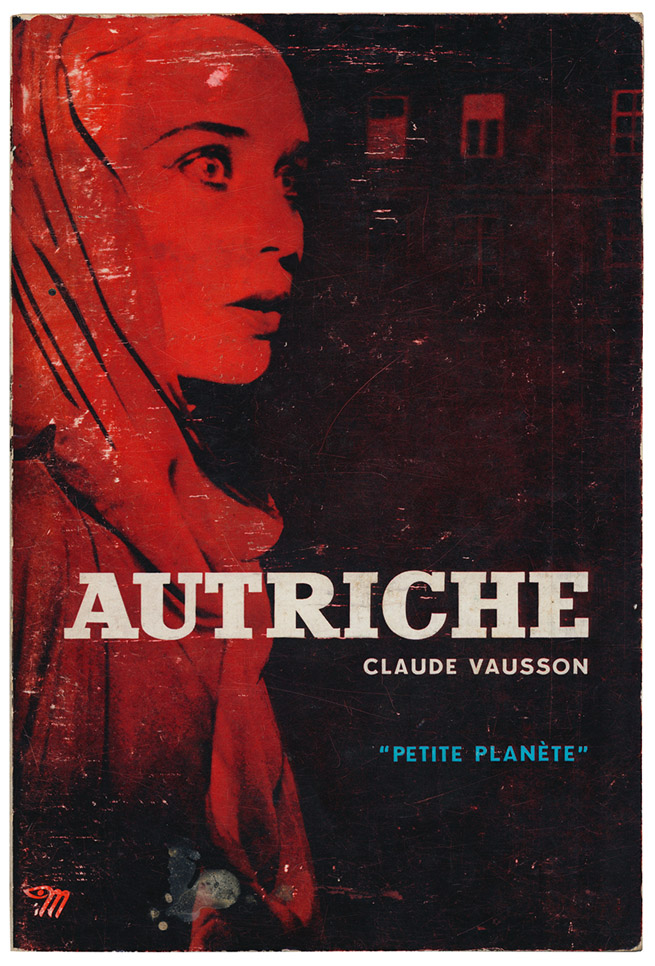 Room&Book, the ICA's art book fair presented in association with Claire de Rouen Books, is a unique opportunity for visitors to buy directly from specialist bookshops and dealers from across the UK. In anticipation of this event, the ICA Blog asked Lucy Moore, Director of Claire de Rouen Books, to highlight a favourite from her collection; Lucy, choosing Chris Marker's Petite Planète editions, in turn asked Tamsin Clark to share with us some of the history behind this fascinating set.

The sincerity of my approach to working with books has, from the outset, stemmed from a feeling that they can act as both aeroplane and time machine - conduits to alternate locations and eras. Their status as objects, which means that two books might sit alongside each other, one documenting the societal intricacies of 19th-century Iran, another proposing a new future in an unknown country—perhaps through collage, à la Max Ernst's La Femme 100 têtes (1929), or sequence, as found in Torbjørn Rødland's Vanilla Partner (2013)—only serves to emphasise their portal-like qualities.

Chris Marker's editions of Petite Planète feel potent in a very particular way. When first published, they would have opened up a whole new approach to travel for their readers. Now, having travelled themselves since the date of publication—through space, time, and multiple ownerships—they carry an invisible yet tangible residue of our innate curiosity and appetite for adventure.

A rare complete set will be offered for sale by Claire de Rouen Books at Room&Book. Also on the CDR stand will be the first edition of William Klein's Life is Good & Good for You in New York, of which Marker said: 'You have to seek for precedent in the novel, the film or the nightmare – there has never been a photographic book like it'.

'I'm writing you this letter from a distant land' begins the script of Chris Marker’s early film Letter from Siberia; this would be one of many travelogues and warm postcard-like commentaries woven through his films. In Sans Soleil (1983) the narrator reads letters from Guinea-Bissau, Iceland, Cambodia and Marker’s favourite temple enshrined to cats in the centre of Tokyo. Chris Marker travelled extensively throughout his life and in his younger years utilised travel assignments as a journalist to experiment with modest film projects. A camera always accompanied him and he was a prolific photographer.

In 1954 the 33 year old filmmaker had been hired as an editor by Parisian publishing house Editions de Seuil, known for its radical titles, including Chairman Mao’s Little Red Book and Frantz Fanon’s doctorial thesis Black Skin, White Masks. At Seuil, Marker was given free rein, devising and directing a collection of 31 travel books with the title Petite Planète. His aspiration for the series was to avoid the propaganda familiar to the guidebook genre, imagining instead the intimacy of his film script style, or a ‘conversation with an individual who is well informed about the country in question’.

Petite Planète, whose titles broadly span Japan, Tahiti, Yugoslavia and Ireland, would be characterised by their striking covers, using a photograph of a woman to represent each country. Every volume is richly populated with photographs from Marker’s travels and personal archives, together with those of his friends and colleagues, including Agnes Varda, William Klein and Henri Cartier Bresson.

Marker’s cinematographic eye focused attentively on book design and layout, creating dynamic relationships between images, with photographs of street life and people at work given equal attention to those of eminent historical figures. This surprising use of imagery and montage brought a sense of movement and momentum to the book form that Marker would eventually employ as a simple way to orchestrate a film. His best-known work, La Jetée, is composed almost entirely from still images.

Editions de Seuil would continue to publish Petite Planète until 1981, eventually running to over 60 titles and numerous reprints, yet the distinctive original volumes produced under Marker’s direction now require some searching out. I stumbled across them with a friend whilst researching our own book about Chris Marker. A beautiful lithograph poster made by artist Jason Simon picturing each cover from the series became our guide to tracing the full set of publications, a hunt that would take many months of following up leads and trawling French auction sites. Precious discoveries were made along the way including Marker’s early novel Le Coeur Net (The Forthright Spirit); a curious aviation adventure set in Indochina. Another rare find is Coréennes (Korean Women), a substantial book of Marker’s photography documenting life in North Korea in the 1950s, a worn copy of which is held at the British Library.

Scarcer still is Commentaires, a two-part publication Marker produced to catalogue his early work with scripts and accompanying film stills. Its layout captured the attention of British graphic designer Richard Hollis, influencing his concept for John Berger’s seminal book essay Ways of Seeing, and through that a generation of British book making.

The enquiring, intrepid and yet intimate tone of Petite Planète would remain constant throughout Marker’s life, across the many strands of his work. In the 1980s he shot The Owl’s Legacy, a 13-part television series/symposium exploring the legacy of Ancient Greece. Until his death in 2012, he created a sprawling archipelago on the virtual website Second Life, where copies of Petite Planète are ever-present in virtual form for visitors to browse through. ■

On Friday 30 May there is a special event at Claire de Rouen Books on Chris Marker, organised by Tamsin Clark, Richard Bevan and Lucy Moore: Cliquez ici - An illustrated journey through the pages of Chris Marker, Friday 30 May, 6-9pm

This article is posted in: Articles, Events