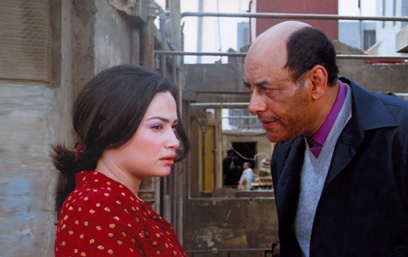 "A revealing window into the secular world of a modern Islamic society." The Hollywood Reporter

This epic adaptation of Alaa Al Aswani's bestseller is an absorbing, beautiful film that delves into the nitty-gritty of modern Egyptian life, including corruption, forbidden love, fundamentalism and the hitherto taboo subject of homosexuality. It contains multiple stories involving the residents of the famous Yacoubian building, situated in downtown Cairo, from the well-to-do tenants of the luxurious apartments through to the poor families living in its rooftop laundry rooms. The film moves at an elegant pace, blending love and politics with family and religion, while never losing track of the subtle connection between the current state of the country and the decaying gentility of a once elegant building. It's the most expensive Egyptian film ever made and the big budget shows: there's a starry cast, a majestic score and and some wonderful, grand cinematography.