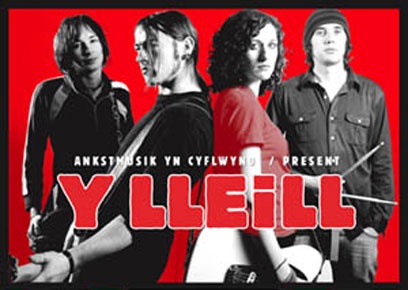 The lives of a group of young aimless musicians ( Y Lleill ) are examined as they play two concerts over a wintry weekend in North Wales. The importance of music to the individuals and the society they exist in is examined in the film . Music is played, recorded, stolen, attacked and censored. As Y Lleill play their music the hypocrisy and deceit that exists between the young characters and the resistance to their music that exists in the wider Welsh society is revealed.

Manipulative guitarist and singer Pati (Rhian Green) starts the film by stealing the records she can't afford and sets Y Lleill on a collision course with the established order. Meanwhile lead singer Rob (John Reynolds) is a different kind of thief who blindly follows his desires oblivious to family and friends. These fragile relationships are set to explode on stage as the band edge towards one last truly 'revolutionary' performance.