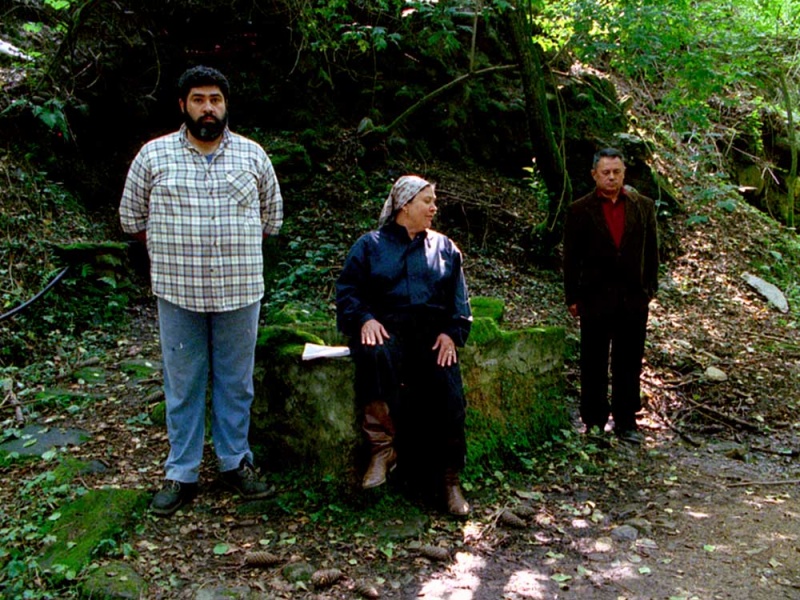 Workers, Peasants (2001) is the second and central part of Huillet and Straub’s Elio Vittorini trilogy and draws on the ‘characters, constellations and text’ of the author’s experimental Marxist novel The Women of Messina (1973).
Twelve working-class men and women reunite amidst ruins in the aftermath of the Second World War, after Italy has regained its national and territorial unity. As a community, they try to erase the memory of the war and attempt to protect themselves against violence, misery and fear by building new relationships to their work and daily life. The group keep a ‘register’, a kind of newspaper, as if following the proceedings of an investigation or trial. The texts are recited from memory or read aloud by non-professional actors, who are gathered in the forest of Buti, Tuscany.
Workers, Peasants will be screened in its original 35mm format.

The 26 April screening will be introduced by Manuel Ramos-Martinez, film programmer, curator, editor, and lecturer in Visual Cultures at Goldsmiths University.

Part of: The Films of Jean-Marie Straub and Danièle Huillet