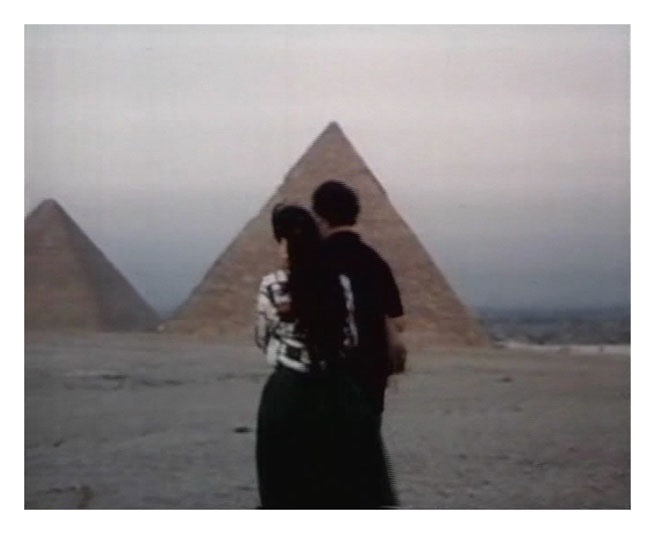 Whose Gaze Is It Anyway?

Whose Gaze Is It Anyway? is an exhibition that looks at the history of Arab pop culture through printed matter – posters, notebooks, diaries and book covers, as well as through film and video. The inspiration behind this display began with the archive of Abboudi Bou Jaoudeh - a prolific collector whose underground treasure trove located in Beirut holds one of the vastest collections of Arab film memorabilia, from rare Arab film posters to cultural magazines published from the 1930s to the present day.

At the ICA, rare film posters from the archive will be presented in Britain for the first time. These precious works from a golden age sit alongside a newly commissioned work by Sophia Al-Maria who presents an imaginary poster and sketchbook for her unmade film, Beretta, a rape-revenge thriller set in Cairo, which she has been attempting to produce over the past three years.

These works are bookended by an exploration into different forms of cultural iconography. Maha Maamoun presents Domestic Tourism II (2009), a film that seeks to challenge how the image of the Egyptian pyramids has been used by the world’s tourist industry. Reworking historic film footage in which the pyramids are featured as part of the backdrop, Maamoun’s work reveals how the pyramids have acted as a nostalgic symbol for a flawed modern country.

Raed Yassin’s ebullient single-channel video work, Disco (2010), tells the story of the artist’s father, a disco-addict and fashion designer who leaves his family to become a star in the Egyptian horror film industry. However, this quickly spirals into fiction where the father becomes the Egyptian film star Mahmoud Yassin (who shares the director’s family name). The interplay of image and text explores a generation’s fascination with celebrity, forging a story about abandonment, voyage, longing and stardom.

Collectively, these works raise pertinent points about how the popular gaze is constructed from within the Arab world.

This exhibition is part of Safar: The Festival of Popular Arab Cinema (19 - 25 Sep 2014). View the Festival Brochure.

Read the Safar 2014 blog post by the Arab British Centre about Whose Gaze Is It Anyway?

Part of: Safar: The Festival of Popular Arab Cinema

Presented in partnership with the Arab British Centre