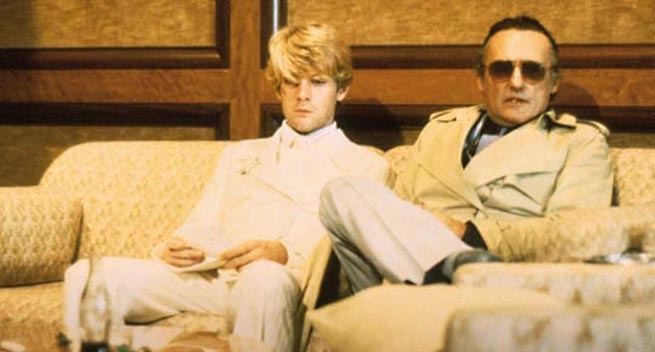 Dennis Hopper gives his most terrifying, unhinged performance as a seedy concert promoter in this dystopian synthpunk, behind-the-scenes musical.

Made while Hopper was in the rock-bottom throes of addiction, White Star leads one to truly fear for the actor’s fellow performers, as if he’ll break role, snap their necks, and charge out of the screen at any moment. Released to the American market by Roger Corman as Let it Rock in a version completely butchered in the editing room, with added narration and stock footage, this is the only way White Star should be seen.